How hot weather can affect your health

How hot weather can affect your health

OLYMPIA, Wash. -- It was the third day in a row above 90 in the Capital City Wednesday. But the kids splashing in the wading pool outside the Hands On Children's Museum didn't seem to mind one bit.

For 2-year-old Conner, it's his first time here -- and you can tell by the grin that stretches from ear to ear that he loves it.

"We try to take him out and find as much water and stuff to play in as possible," says Melissa Pfingston.

She and Kaiteland Harrell are not alone on this sweltering day as temps soar into the 90s yet again in the South Sound.

Most of the kids playing in this water feature are slathered in sunscreen and staying hydrated.

"Yeah, he's got his Paw Patrol cup full of juice," Harrell says about little Connor as he reaches for another drink.

These are lessons that all of us could use on these infrequent days when summer sizzles in the Pacific Northwest. Olympia averages about half a dozen days of 90+ temps every year -- and they're hardly ever in a row.

The Washington State Department of Health says emergency room visits across the state spike in hot weather --  not just the young and those over 65, but also for people 18-44. 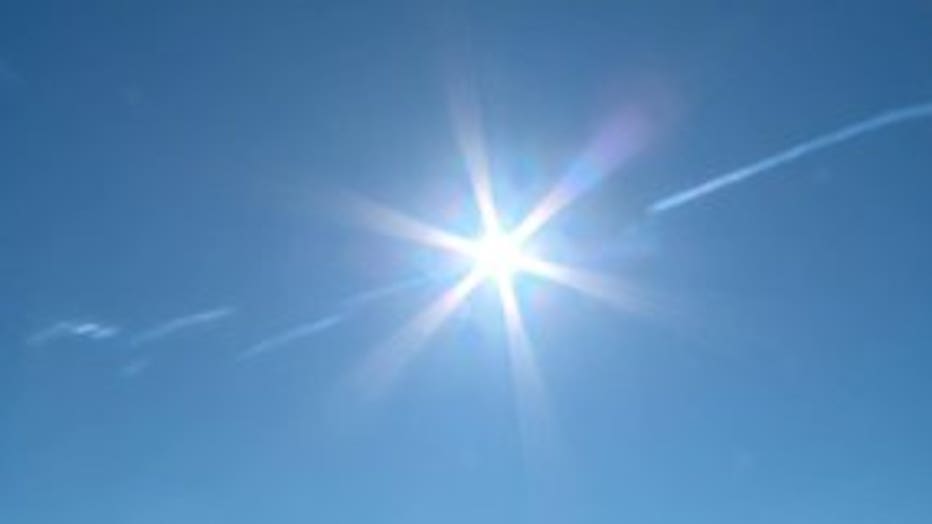 "We were a little surprised to see that really this is affecting everybody," says Lauren Jenks, with the state health department.

She says this heat should be taken seriously.

"If you start to not feel well in the heat," says Jenks. "Then it's time to take care of yourself."

Feeling thirsty, headaches or nausea are the first signs of dehydration. And that, if not tended, can lead to heat exhaustion, heat stroke and even death.

Increasing your typical water consumption is important -- and drinking all day long is a key component. Neither the state health department nor the U.S. Centers for Disease Control and Prevention have specific guidelines on how much more to drink. They do say avoiding caffeine, alcohol or sugary drinks helps, too.

"It's about trying to keep your body cool and hydrated all day long," says Jenks. "And if you start to feel some of the impact, if you start having some symptoms -- then you know it's time to take that seriously. Don't try to tough it out."

For those in their late teens to mid 40s, that means knowing your body, wearing lighter-colored clothing and perhaps changing routine,  especially if exercising outside in the mid-day heat.

Across Washington state, the number of heat-related hospitalizations varies widely, depending on each summer's heat. It's been as low as 25 and as high as 113. Sadly, nationwide for more than 600 people each year these heat waves can be fatal -- which is why the Department of Health here in the Evergreen State want people to play it safe and stay cool.

That's exactly what Amber Clark intends to do with her little one at the wading pool. And they're big fans of these hot summertime temps.

"I love it, I love to be in the water," says Clark as her daughter eagerly starts taking off her sandals and socks while still strapped in her stroller. Her mom laughs at her enthusiasm and assumes she's just used to the routine. "We do a lot of this stuff to stay cool."