FLORIDA - Florida’s Republican-dominated legislature passed a bill Tuesday to forbid instruction on sexual orientation and gender identity in kindergarten through third grade, rejecting a wave of criticism from Democrats that it marginalizes LGBTQ people.

The proposal, which opponents have dubbed the "Don’t Say Gay" bill, now moves to the desk of Republican Gov. Ron DeSantis, who is expected to sign it into law.

Since its inception, the measure has drawn intense opposition from LGBTQ advocates, students, national Democrats, the White House and the entertainment industry, amid increased attention on Florida as Republicans push culture war legislation and DeSantis ascends in the GOP as a potential 2024 presidential candidate.

"This bill, from its introduction, has been used as vehicle to marginalize and attack LGTBQ people," said Rep. Carlos G. Smith, a Democrat who is gay, adding that it "sends a terrible message to our youth that there is something wrong with LGBTQ people, that there is something so dangerous or inappropriate about us that we have to be prohibited and censored from the classroom." 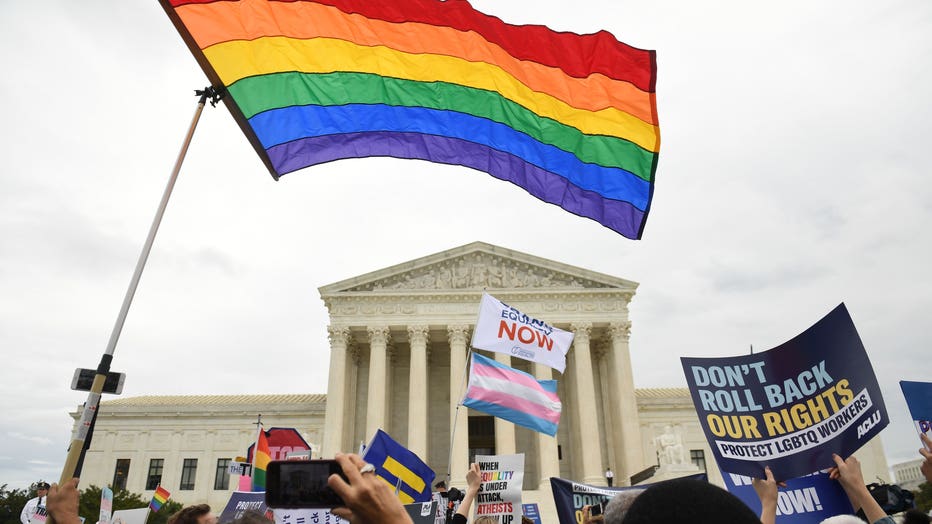 Demonstrators in favour of LGBT rights rally outside the US Supreme Court in Washington, DC, October 8, 2019, as the Court holds oral arguments in three cases dealing with workplace discrimination based on sexual orientation. (Photo by SAUL LOEB / AF

The bill states: "Classroom instruction by school personnel or third parties on sexual orientation or gender identity may not occur in kindergarten through grade 3 or in a manner that is not age appropriate or developmentally appropriate for students in accordance with state standards." Parents would be able to sue districts over violations.

Republican Rep. Joe Harding, who sponsored the measure, and other GOP lawmakers in Florida have argued that parents should be broaching these subjects with their children, rather than educators. It would not bar spontaneous discussions of sexual orientation and gender identity in schools but instead is intended to prevent districts from integrating the subjects into official curriculum, Harding and supporters have said.

"I know how important it is to empower parents in this relationship. I want to encourage parents across Florida to own it," said Sen. Dennis Baxley, a Republican who carried the bill in the Senate. "They’re your kids, and it is tough — it’s tough to figure out what influences will be on them and what kinds of decisions they will make and how that all comes out."