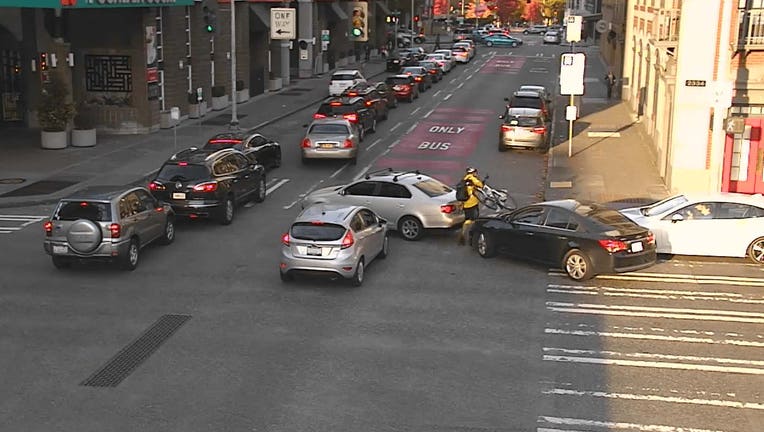 SEATTLE - Seattle Department of Transportation is cracking down on drivers blocking crosswalks and driving in bus lanes.

SDOT is launching a pilot program in 2022 to monitor eight intersections around downtown Seattle, with the aim of enforcing laws for drivers ‘blocking the box’—illegally driving in bus lanes, or blocking crosswalks and intersections. 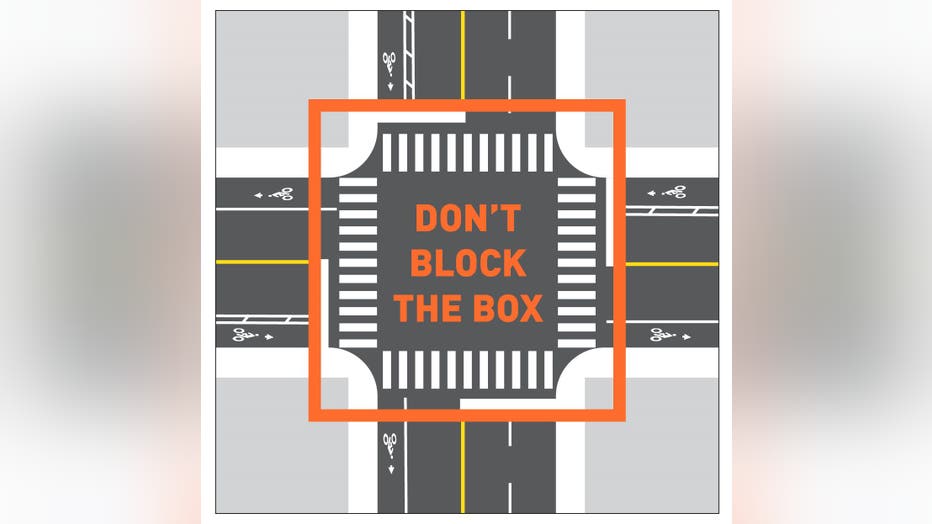 Locations were decided with input from Seattle Police.

Tickets will be issued to drivers who violate traffic rules. While cameras are being put up already, they will not begin issuing tickets until 2022. The intersections will also have pavement makings indicating where the ‘box’ begins.

Cameras will be placed at Aurora and Galer, Westlake and Roy, Fourth and Battery, Fifth and Olive Way, Third and Stewart, First and Columbia, Third and James, and Fourth and Jackson. 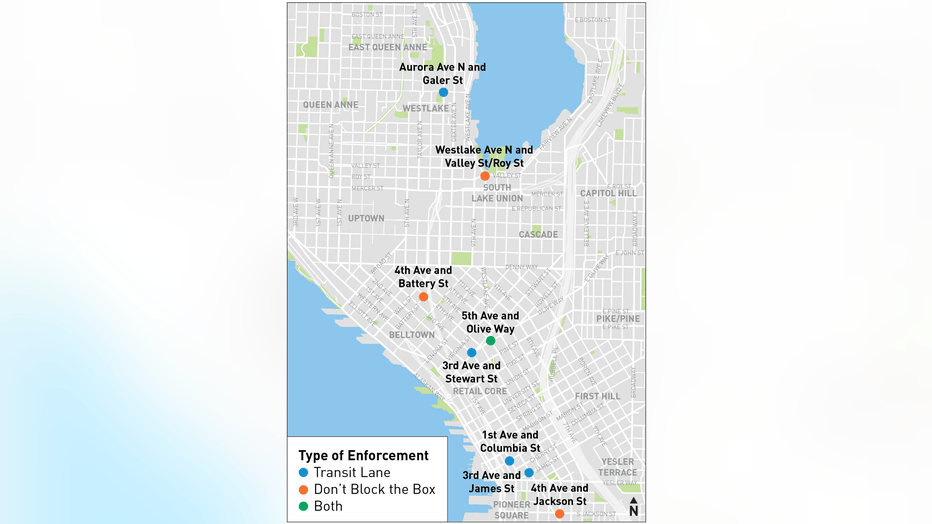 Revenue from the traffic cameras will be split 50/50 between a Washington Traffic Safety Commission fund for bike and pedestrian safety projects, and mobility infrastructure improvements for people with disabilities. This includes walk signals that vibrate and make noise to let people with impaired vision or hearing know when they can cross the street.

The pilot program will run through July 2023.