CASE UPDATE September 24, 2019 --
Mountlake Terrace Police believe the vehicle that they're still looking for is a 2010 to 2012 Jeep Liberty, not a Dodge Nitro, as originally thought.

FUGITIVES UPDATE August 23, 2019 --
Mountlake Terrace Police say they have identified two of the shooting suspects and need help finding one of them, Dominque Thomas.

Detectives say he's the one seen hiding behind the Jeep in front, shooting at the rival suspects in the Jeep Liberty behind, that still needs to be found -- and running up a street before both vehicles take off after the gun battle on July 26th.

Detectives say they have Probable Cause to arrest Thomas for Drive By Shooting and Unlawful Possession of a Firearm -- and consider him 'armed and dangerous' since the gun detectives say he had has not been recovered.

He's 24 years old and last known to be living in Federal Way.

If you know anything that can help find him or that black Jeep Liberty, or identify the shooting suspect who was driving it, use the P3 Tips App on your smart phone to submit the information to Crime Stoppers, or call the hot line at 1-800-222-TIPS(8477).

FUGITIVES WANTED IN MOUNTLAKE TERRACE July 31, 2019 --
Mountlake Terrace Police are asking for your help to locate a black Jeep Liberty used in a shootout last Friday, July 26th at about 8:45 pm.

Mountlake Terrace patrol was dispatched to a 911 call concerning multiple subjects firing guns at each other in the 21900 block of 64th Ave. W. Officers located a black Jeep and have identified the three occupants inside, but they need your assistance to find the Jeep Liberty and in identifying the driver and a passenger.

"We have surveillance footage of the incident, which shows two subjects firing at a car, two cars then kind of get into a collision and both cars flee the area with one of the subjects fleeing on foot. It’s an area that’s heavily populated and it’s also a lot of foot traffic. It’s daylight hours. We have a festival going on where we have a parade, we have a carnival, there’s just a lot of people out moving around and this is a concern of ours, because obviously bullets were flying everywhere and we’re really afraid people could have been hit, innocent bystanders," said Det. Carl Cronk with the Mountlake Terrace Police Department.

If you know who was driving the Liberty, or was in the vehicle as a passenger, Crime Stoppers of Puget Sound will pay you a cash reward of up to $1,000. Call 1-800-222-TIPS or go to www.P3Tips.com to submit the information anonymously. You can also use the P3 Tips App that you can download to your phone for free. 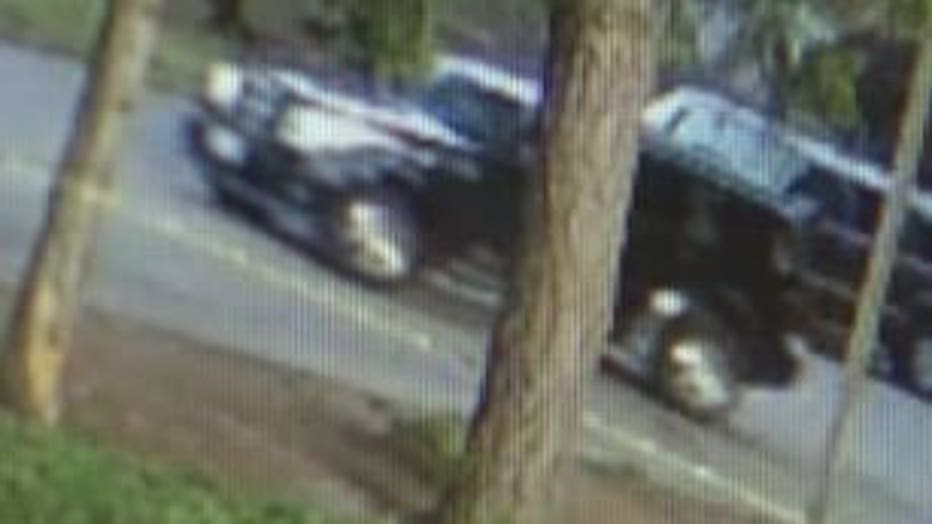