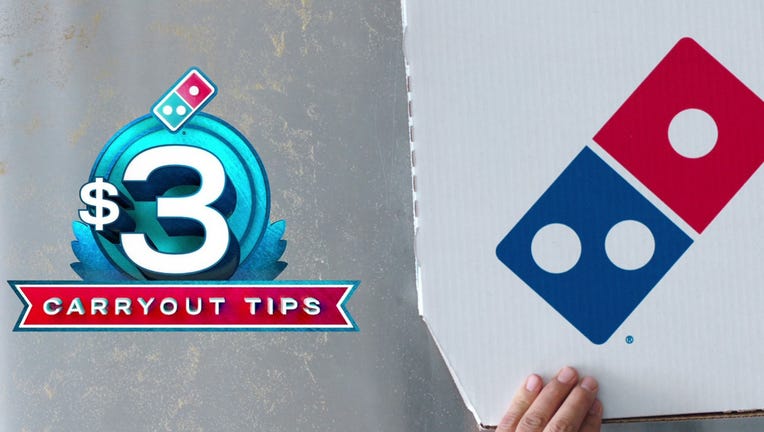 ANN ARBOR, Mich. - Domino’s is once again tipping customers who skip delivery and pick up their own carryout orders.

The pizza chain ran a similar carryout promotion earlier this year, offering fans a $3 coupon code in an effort to tackle reported driver shortage issues. The company said the tipping campaign is now back through the end of March 2023.

"We know the effort it takes to get up and leave the house in pursuit of a hot, delicious carryout pizza," Christopher Thomas-Moore, Domino's senior vice president of customer and store experience, said in a statement.

"Domino's diehard carryout customers are really like carryout heroes, and to show our gratitude, we're giving them $3 to use on their next carryout order," Thomas-Moore added. 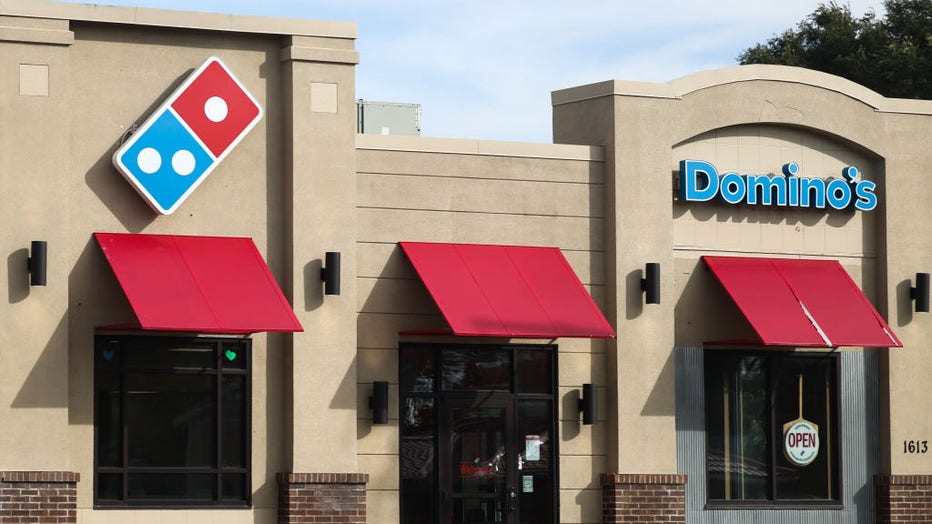 FILE - Domino's logo is seen on the restaurant on October 15, 2022. (Photo by Jakub Porzycki/NurPhoto via Getty Images)

Domino’s customers who order online now through March 26, 2023, and select carry-out are eligible to claim a $3 tip again, the company said.

The $3 tip is redeemable for an online carryout order placed the following week — with a minimum purchase of $5 before tax and gratuity, the Ann Arbor, Michigan-based pizza chain said.

Carryout customers can also combine their $3 coupon code with another carryout offer.

Domino’s, which operates more than 19,500 stores worldwide, said customers collectively claimed more than 17 million coupon codes during the first promotion ahead of the Super Bowl.

What beer will people in your state most likely be drinking on Super Bowl Sunday?

In late 2021, Domino's CEO Ritch Allison told analysts on the company's third-quarter earnings call that its order counts were pressured by "a very challenging staffing environment" that resulted in operational impacts such as shortened store hours and customer service impacts. He added that the staffing challenges had a "disproportionate impact" on the company's delivery business.

In order to alleviate its staffing issues, Domino's rolled out an applicant tracking system to make it easier to apply for openings. The company also unveiled "operational best practices" to eliminate unnecessary time-consuming tasks, such as pre-folding boxes, and teased plans to maximize the number of deliveries a driver could make per shift.

"I don’t see why drivers should ever have to get out of their cars," Allison said. "Why can't we keep them turning to the store, back to the customer, and maximizing deliveries per driver per hour, which also maximizes the wages that those drivers earn?"

In October of this year, Domino’s reported a third-quarter profit of $100.5 million.

RELATED: Domino's Pizza to close all locations in Italy after 7 years: report