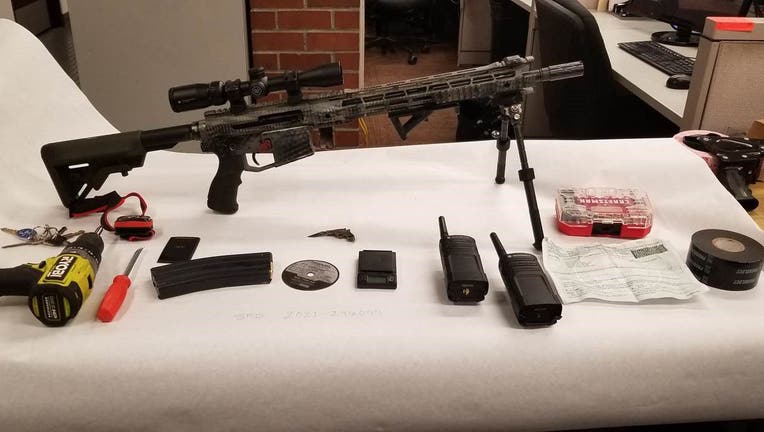 The U.S. Department of Justice announced Monday a new rule aimed at curbing the spread of "ghost guns."

The DOJ submitted its final rule, "Definition of ‘Frame or Receiver’ and Identification of Firearms," to the Federal Register on Monday. The rule is designed to expand the definition, record-keeping and traceability of firearms in the country.

"One year ago, the Department committed to address the proliferation of ghost guns used in violent crimes," said U.S. Attorney General Merrick Garland. "This rule will make it harder for criminals and other prohibited persons to obtain untraceable guns, will help ensure that law enforcement officers can retrieve the information they need to solve crimes, and will help reduce the number of untraceable firearms flooding our communities. I commend all our colleagues at the ATF who have worked tirelessly over the past 12 months to get this important rule finalized, and to do it in a way that respects the rights of law-abiding Americans."

This now includes "ghost guns," or firearms built from parts kits, which can be assembled at home, do not have serial numbers and are virtually impossible to trace.

Ghost guns have already been in the crosshairs of Washington lawmakers. In March, Governor Jay Inslee signed three bills into law to restrict the manufacture and sale of ghost guns, high-capacity magazines and restricts open carrying in certain places.

Washington's ghost gun laws go into effect in June, and the new federal rule goes into effect 120 days after it is published to the Federal Register.

"Ghost guns are just as deadly as any other kind of gun—it’s good to see they will finally be regulated like other guns at the federal level. Washington state has been a leader in tackling the threat of ghost guns, but that doesn’t erase the urgent need for strong federal measures to end gun violence in our communities. Ghost guns pose an especially deadly threat to the law enforcement officers working to keep our neighborhoods safe. Today’s announcement by the Biden administration is a good step as we work to build safer communities and end gun violence. This builds on critical funding we provided through the American Rescue Plan to support community policing, violence intervention programs, and other key steps that will help make Washington state safer."

"If we want to keep our community and children safe, we must address the proliferation of untraceable ghost guns in Seattle and around the country. This action by [President Biden] will save lives, hold dealers accountable, and keep deadly weapons out of the hands of criminals."

RELATED: Ghost guns: What are they and why they are an issue nationwide