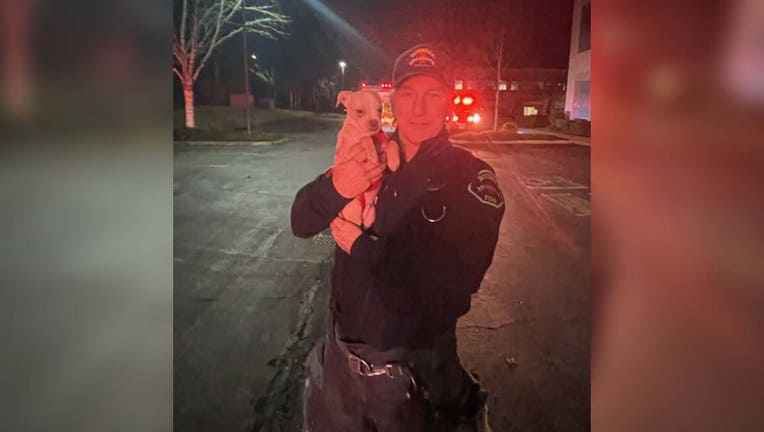 Firefighters were called to a rollover crash that night, and the driver told them their dog was in the car with them, but went missing after the crash.

Crews searched nearby and eventually found the pup, then reunited them with the owner, before transporting them both to the local hospital.

The condition of the driver is not yet known.