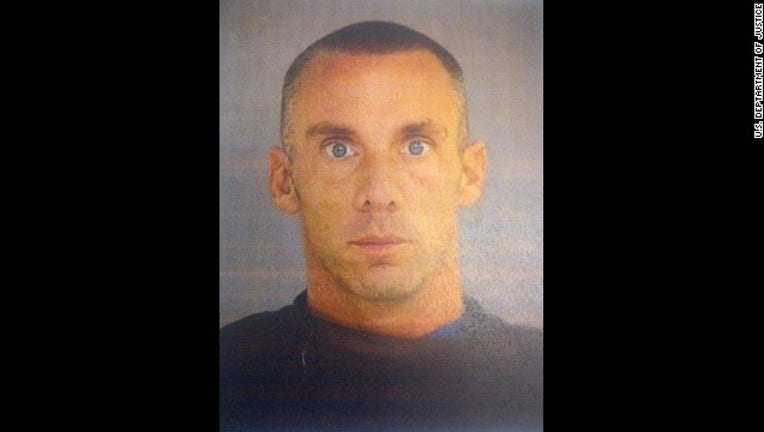 DALLAS -- A man who pleaded guilty to sex crimes against children and was featured on CNN's "The Hunt" is dead, U.S. Marshals in Texas said Monday.

Law enforcement credited the media for keeping the case out front -- and an Austin Labrador retriever who found the convict's skull in a field and brought it back home.

The dog brought the skull back home in September and its owner contacted authorities, who have worked since then to determine if the remains were that of fugitive Kevin Patrick Stoeser.

"We owe her a box of dog bones," U.S. Marshal Robert R. Almonte said, gesturing toward the dog and his owner, who were at the press conference.

Stoeser, a U.S. soldier who was dishonorably discharged, pleaded guilty in 2003 to child sexual assault and child pornography charges and was sentenced to 13 years behind bars.

While he was on supervised probation at a halfway house in 2011, Stoeser was returned to prison after engaging in electronic communications with underage girls.

In August 2013, Stoeser was transferred to the Austin Transitional Center, a halfway house in Texas.

When confronted, Stoeser ran through an emergency door at the facility.

Stoeser was on the U.S. Marshals top 15 most wanted list.

Authorities said Monday it's unclear when he died, or how. No other remains have been found, they said.

In August, the remains of Shane Miller were found in California. Miller was the prime suspect in the deaths of his wife and two young daughters.

In July, a phone call to authorities came during an airing of "The Hunt" which led them to Charles Mozdir, a suspected sex offender. He died in a shootout in New York City as police closed in on him.