The heat continues, mid 90s through the weekend

The heat continues, mid 90s through the weekend

SEDRO-WOOLLEY, Wash. - A dog has died after being left on its Sedro-Woolley balcony during this recent heat wave, with no shade or water, police said.

They brought the dog inside to try and cool him down and tried to save his life, but the dog ultimately died.

Code enforcement officers used an infrared thermometer, which showed the temperature on the surface of the balcony reached around 131 degrees. There was also an empty water bowl and no shade on the balcony.  Court documents say there were signs that the dog was scratching at the screen door to be let in.

The owner was arrested and booked into the Skagit County Jail on first-degree animal cruelty.

If the air temperature reads 87 degrees, the asphalt can get up to 143 degrees, experts say. At 125 degrees, skin destruction for both humans and pets can occur within minutes.

On hot days, keep pets' paws off pavement and asphalt, and take walks during the coolest hours of the day. Experts also advise checking paws daily for signs of damage. It's also recommended to use paw protection like booties or paw wax.

If your pets do need to be outside, make sure their time outside is limited and that they have unlimited access to shade and water. 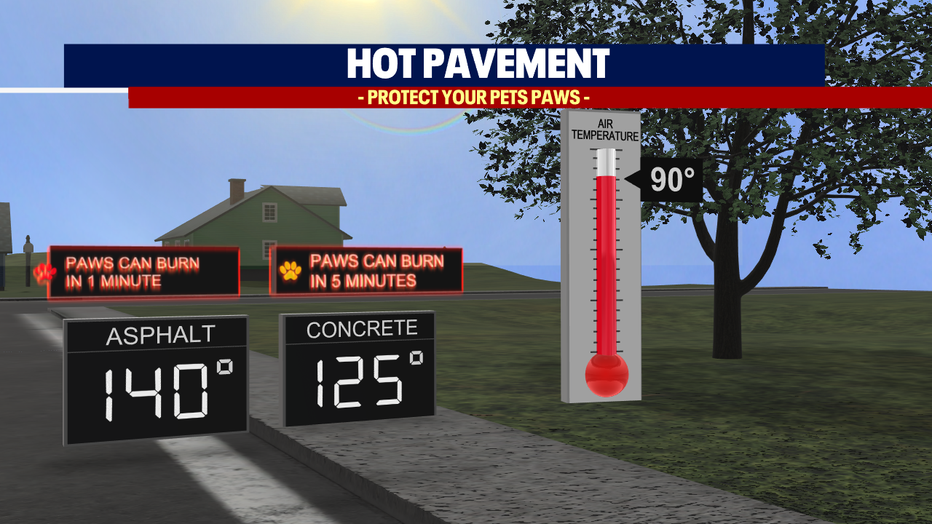