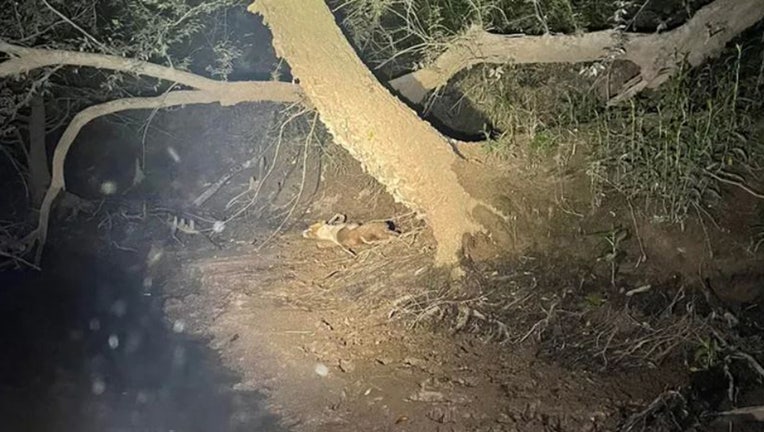 HARTFORD, Ala. - It was the dead of night, surrounded by fog on an Alabama river. Faint beams of light cut through the air onto the banks as flashlights guided volunteers to a dog too weak to cry for help and in desperate need of care.

Trapped for 16 hours in the knee-deep mud of the Choctawhatchee River, the canine dutifully named River is now fighting for his life.

Like most rivers, this River is a warrior with lots of strength in his current. He is battling hard to go home, and those close to him now are doing everything they can.

A kayaker first saw the Australian-shepherd mix about 10 a.m. Tuesday stranded on the Choctawhatchee River in Hartford, Alabama. The area of the 141-mile-long river where he was trapped was only accessible by boat. 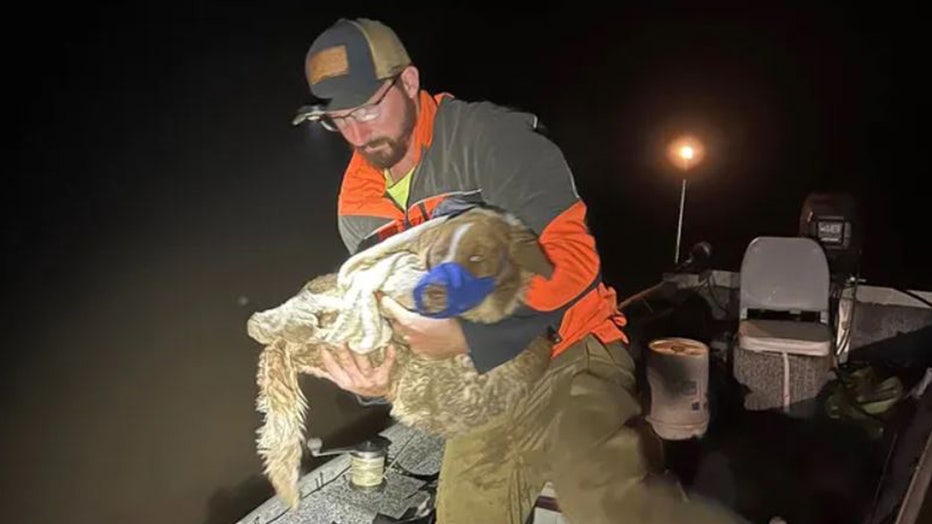 "He was pretty non-responsive. He couldn’t walk," she said.

A plan came together about 1 a.m. Wednesday after Eric Alphord, area business owner of EA Tree Service, met Howington and another volunteer, Aimee Cobb Smith, at a boat dock. They set out on a two-mile journey to find the poor pup.

They safely rescued River even with low water levels, downed trees and dense fog. But by the time they found him, the dog was in such bad shape that he couldn’t hold up his head.

"He would not have made it if Eric hadn’t came through with a boat that night," Howington said. "As soon as we pulled into the vet, I went in to check him in, and his eyes were rolling back in the back of his head."

It took an hour to get back to the boat ramp, followed by a two-hour car ride to the nearest emergency vet. River struggled hard yet held on. He’s currently receiving treatment at Carriage Hills Animal Hospital in Montgomery. 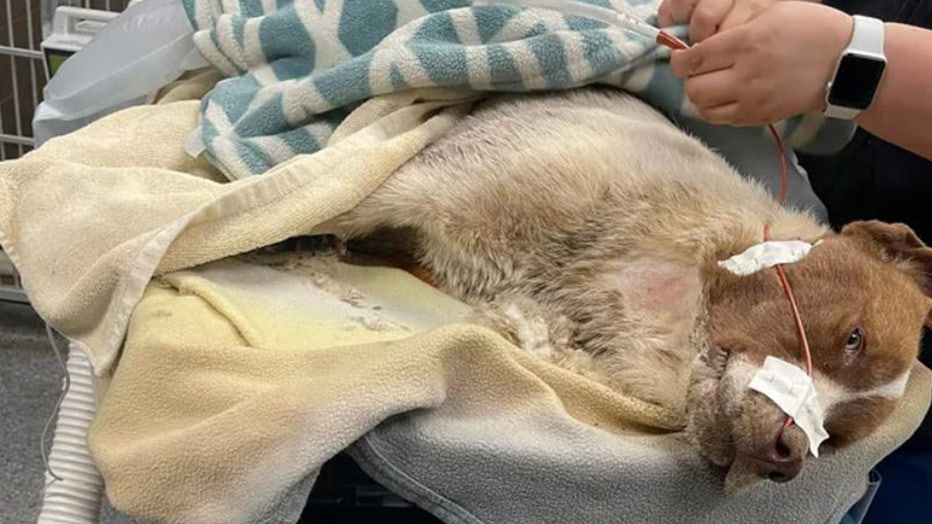 Trapped for 16 hours in the mud of the Choctawhatchee River, a dog dutifully named River is now fighting for his life. (Credit: Troy Animal Rescue Project)

As of Thursday, River is stable but still very critical. He tested positive for parvovirus and was hypothermic from being in the water and thick mud. Doctors said his oxygen levels were at 50% when he got there. His glucose level is continuing to bottom out, and he is on the highest-level dextrose dosage they can give.

RELATED: Dog rescued after getting stuck in frozen Colorado pond

"His blood work does not look good because he’s a very sick dog, but it’s not getting worse. He’s teetering towards getting better," Howington said.

River will remain under 24-hour care by veterinarians and staff until he gets better. He will be put into a foster home and placed in a forever home from there.

Dramatic moments for Los Angeles Fire Department Urban Search and Rescue teams as a woman, and then her dog had to be rescued from the Los Angeles River. At one point a bystander tried to rescue the canine, but ultimately had to be rescued himself. He was taken to the hospital, treated for dog bites.

Medical bills are beginning to mount. Early estimates are nearly $3,000, but that was before the parvo diagnosis, which is expensive to treat.

"We’re just waiting to see what all happens with him and what he needs," Howington said.

Find more on this story at FOXWeather.com.