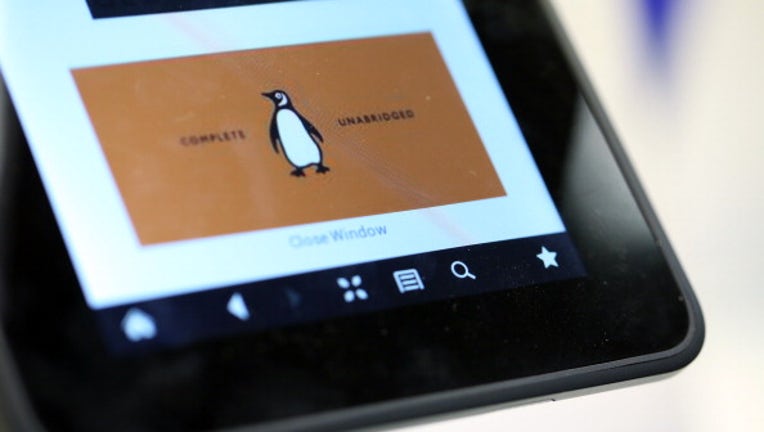 The logo of the Penguin publishing house, part of Pearson Plc, is seen on a Kindle Fire HD e-reader at a bookstore in London, U.K., on Friday, April 5, 2013.

SEATTLE -- Many Amazon.com customers awoke to news in their e-mail box Tuesday: a partial credit for e-books they bought.

Consumers nationwide who bought e-books through Amazon and other online retailers will get credited a total of $166 million stemming from price-fixing settlements with five publishers, according to the New York State attorney general.

"Illegal actions by these publishers forced consumers in New York and across the nation to pay artificially inflated prices for e-books," said Attorney General Eric Schneiderman, in a statement.

Schneiderman said the settlements being paid by the publishers apply to consumers in 33 states, with $11.5 million going to customers in New York.

The settlement applies to consumers who bought the e-books through retailers Amazon and Kobo with devices made by Amazon, Apple and Sony.

Amazon is sending e-mails to its e-book consumers announcing, "Good news! You are entitled to a credit of $xx.xx for some of your past Kindle book purchases."

As for Apple, a federal judge in New York ruled that it engaged in a conspiracy with the publishers to artificially inflate the prices of e-books. Apple is appealing the ruling.