SEATTLE – Do you know what to do if a shooter pulls out a gun and starts firing?

We all know too well about the deadly shootings at Marysville Pilchuck High School and Seattle Pacific University.

A documentary celebrating the quick thinking and swift actions by teachers and staff at North Thurston High School in Lacey to stop a potential mass shooting premiered in Seattle Thursday night.

“When I saw him lower the gun toward students, and students fleeing, it was my time to react,” said North Thurston High teacher Brady Olson.

Olson tackled the student gunman and wrestled him for the loaded .357 Magnum. The trauma is depicted in “Shots Fired” -- a documentary premiering for the first time in a small Capitol Hill theater.

Perhaps that’s the biggest lesson from the documentary. It can happen to anyone, anywhere.

June 2014 at Seattle Pacific University, two students were injured and one student was killed. In October 2014 at Marysville Pilchuck High School, four students were killed before their fellow classmate turned the gun on himself.

Luckily in Lacey, no one died. That’s why filmmakers chose North Thurston High School’s shooting for the big screen.

“It gives us a little bit of room to talk about it without the trauma of casualties,” said FirstNet Washington's Kelley Westall.

So what should you do in an active shooter situation? The FBI says run, hide, or fight.

“In many cases, your only opportunity is to fight,” said Westall.

Olson says run through different scenarios in your mind, so if the time comes…

“It really was a pre-thought-out plan,” said Olson.

The other lesson from the film is all about communication. In the documentary you learn staff only had two cellphones and a radio. So the push now…

“Having a broadband dedicated opportunity for first responders that no one else in on that they can utilize and communicate with everyone around them,” said Olson.

Also, invite law enforcement into your school so they know the layout. Now, North Thurston High School and other districts are asking for federal funding to better train teachers and staff in case this happens near you.

In October 2015, the North Thurston High shooter pleaded guilty in Juvenile Court to 14 charges and apologized for his actions. He was sentenced to up to 3 years in a state juvenile detention facility. 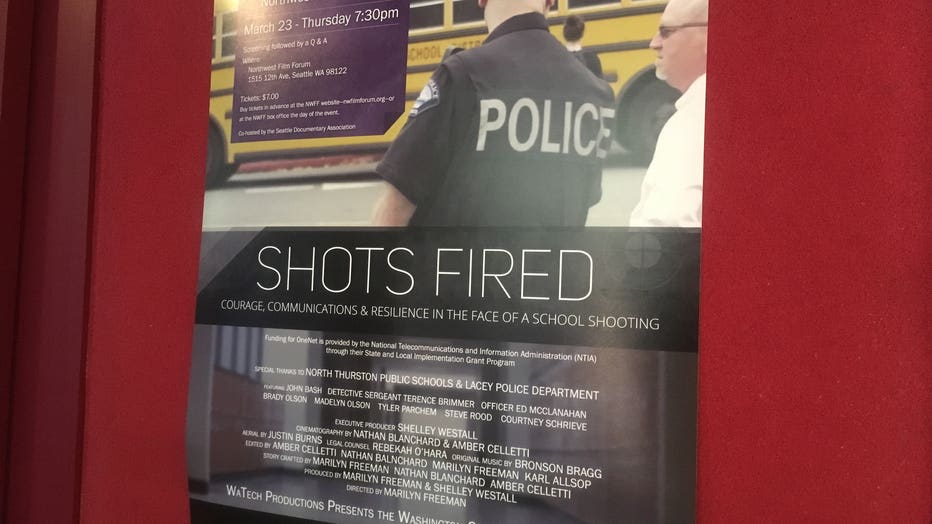