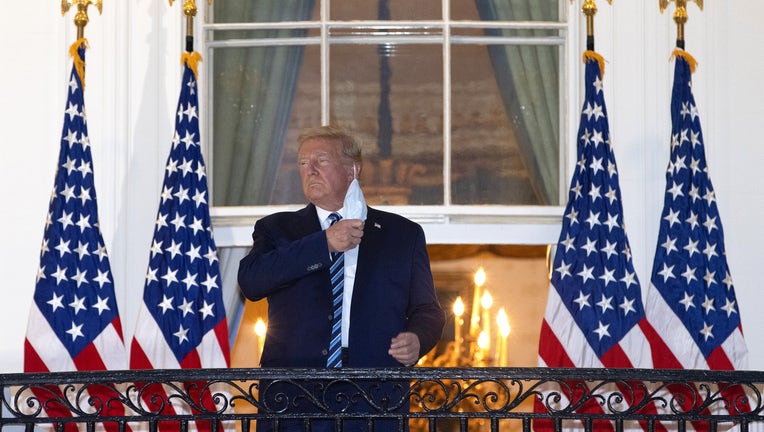 The positive health prognoses for the president and vice president come less than a month before Election Day and on the eve of the vice presidential debate scheduled for Wednesday night in Salt Lake City, Utah.

"This morning the President's team of physicians met with him in the Residence. He had a restful first night at home, and today he reports no symptoms," Conley wrote in a memo to White House press secretary Kayleigh McEnany, who herself has tested positive for the coronavirus. "Vital signs and physical exam remain stable, with an ambulatory oxygen saturation level of 95-97%. Overall he continues to do extremely well, I will provide updates as we know more."

Trump, along with first lady Melania Trump and several members of the White House staff, tested positive for the coronavirus in recent days as the pandemic reached the highest levels of the U.S. government.

On Monday President Donald Trump leaves Walter Reed Medical Center and returns to the White House after being treated for several days.

Trump was reported Tuesday to be considering giving public remarks from the White House now that he is out of the hospital after going to Walter Reed late last week with "concerning" symptoms of the coronavirus. But doctors are reporting that Trump has improved in recent days, especially since two instances when his blood oxygen dropped suddenly and when he had a high fever. Trump has been treated with remdesivir, an antibody therapy from Regeneron and the steroid dexamethasone.

Conley said Tuesday that Trump "may not entirely be out of the woods yet," but the president sent out an optimistic video address on Twitter Monday evening.