SEATTLE - An off-duty Auburn police officer accused of hitting and killing a pedestrian while driving under the influence was also involved in a hit-and-run right before the deadly crash, according to court documents.

Court documents say 33-year-old Auburn police officer Michael Smith was driving on Alaskan Way in Seattle around 10:30 p.m. on April 23 when he rear-ended a taxi cab.

There was minor damage to the taxi and the driver and the passenger were not injured in the fender-bender.

Court documents say Smith got out of his car and appeared angry. He opened the front passenger door of the taxi and tried to grab the driver out of the vehicle through the passenger side. He tried to open the driver's side as well, but then returned to his car and sped off before police could arrive.

Ten minutes after the crash involving the taxi, Smith tried to turn right onto Gilman Drive W. from 15th Ave. W., but jumped the curb and hit a telephone pole and pedestrian, according to court documents. 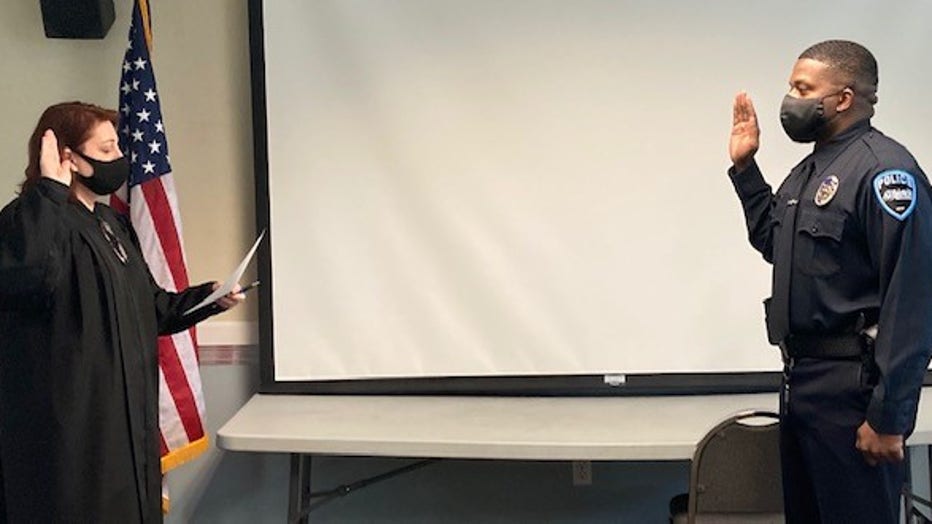 Court docs reveal Smith was going 85 mph in a 30-mph zone before he crashed.

"Still out of control, the defendant continued through an uphill grassy embankment. He continued striking three metal mailboxes which were bolted to the ground before finally coming to rest against the northern curb of the westbound lane of Gilman Dr. W approximately 100 feet from where he drove up onto the sidewalk," court documents said.

The victim, later identified as 65-year-old Clifford Jones, was killed at the scene.

Court documents say Smith stumbled out of the car and told witnesses nearby that he was okay, but pointed near Jones and said, "he's not."

Smith stayed on scene and told responding officers that he had consumed alcohol at the Mariner's game he was previously at, but refused any field sobriety tests.

Officers were able to test his blood after a search warrant was issued about two hours after the crash. Toxicology results are pending.

Smith was arrested and charged with vehicular homicide and reckless driving. Bail was set at $200,000 and Smith posted it on Monday night.

Auburn Police said Smith was placed on administrative leave during the investigation, which is standard procedure.