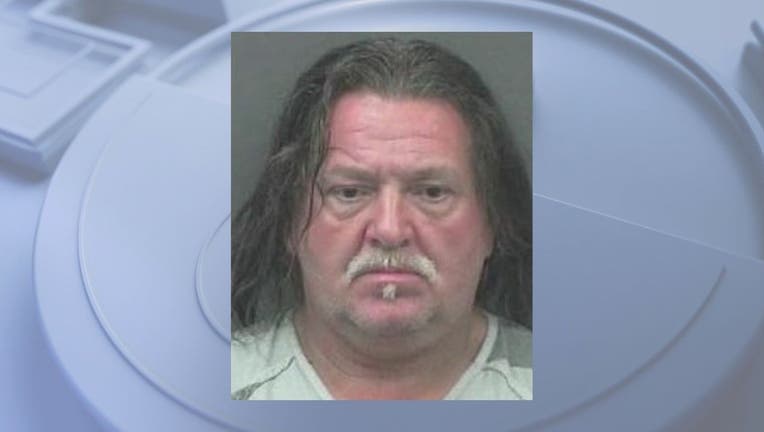 TACOMA, Wash. - A man who has been previously convicted of several sex crimes was arrested at a Tacoma Walmart in December after he allegedly kept a random woman captive for weeks inside his garage.

Henry Hauser is now in the Pierce County Jail, charged with first-degree rape and failure to register as a sex offender. According to the charging documents, Tacoma Police say he held a woman captive in his garage for 18 days by chaining her to a truck.

On November 28, 2021, she escaped when Hauser left the keys for the lock on her chains. The woman said that she hid the key and later freed herself before waiving down a civilian, who called 911 to help her.

She had a chain attached to her ankle and bruising on both ankles. Firefighters had to use tools to remove the chain from her ankle.

She told police that she was homeless and Hauser offered her a place to stay in his garage. When she tried to leave, he restrained her, bound her in chains and repeatedly sexually assaulted her.

She told officers that Hauser would make statements to her like he was acting out a fantasy and would say that he was going to kill her slowly. At other times, he would say he wanted to keep her, she told police.

Hauser was arrested for the alleged kidnapping after a Walmart loss prevention officer was able to track him down on surveillance video. He allegedly used the victim's EBT card to buy groceries.

That officer was awarded a certificate of merit by the Tacoma Police Department for his assistance.

When detectives served a search warrant in December, they found bedding material in the bed of the truck, chains in the garage and a bucket filled with urine she was forced to use.

Hauser is being held on $1.1 million bail.

Back in late July of 2021, months before the alleged kidnapping, Hauser was featured on Washington's Most Wanted after he cut off his GPS tracking bracelet and disappeared. At the time, he was on active supervision from the Department of Corrections following a conviction for sexually assaulting a 16-year-old girl at knife point and forcing her to consume meth.

He was also previously convicted of assault with sexual motivation.