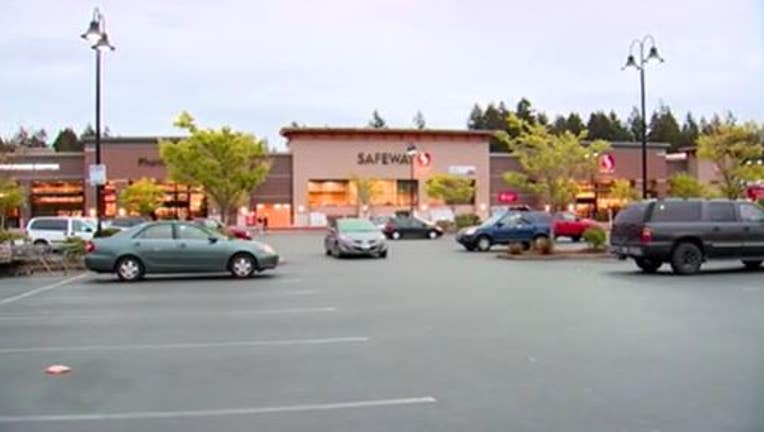 Police say they responded to a shooting at the Safeway on Point Fosdick Drive in Gig Harbor just before 11:30 p.m. Saturday. When officers arrived, the 70-year-old man, later identified as Patrick Lathrop, said he was the shooter. Officers took a loaded 9mm handgun from the man.

Witnesses told police that Lathrop confronted the 40-year-old as he was leaving the store with merchandise, according to court documents.

Lathrop wrongly believed the 40-year-old was stealing and blocked the exit with his grocery cart and body. The two got into a fight and Lathrop pulled out his gun and fired two shots, hitting the 40-year-old in the neck, according to court documents.

The other shot went through the glass door of the grocery.

The 40-year-old was transported to St. Joseph Hospital for non-life-threatening injuries and was released later that night. Lathrop was booked into Pierce County Jail on one count of assault.

The 70-year-old posted $100,000 bail, and he must stay in Pierce County or surrounding counties. He is also prohibited from possessing a firearm.

According to court documents, Lathrop was involved in a similar incident in April 2021. Lathrop was working for a Pizza Hut and was returning from a delivery in Tacoma when he heard a commotion, so he went to investigate, court docs said. He then said he saw a man in the area and told officers that it was the same man he had seen lifting car door handles earlier in the day, according to court documents.

Lathrop said he confronted the man and the man shoved him backward. Lathrop claimed that the man said, "oh, are you going to shoot me?" and then raised his fists. Lathrop said he fired his weapon at the man, shooting him in the chest. The man was treated at the hospital but was not cooperative with police, according to court documents.