RICHMOND, Va. -- Jesse Smith cradles the past, cataloging a growing collection of treasures at the Virginia War Memorial in Richmond. The curator protects nearly 3,000 keepsakes from distant battlefields, ranging from WWI-era helmets to WWII flight jackets.

“You tend to take ownership of things even though they’re not yours as a curator,” Smith tells WTVR. “I collect artifacts. It’s fun.”

But hanging in the main exhibit space is one artifact Smith cannot wait to give away. Like a silent sentry, staring back at visitors is a portrait of an unknown American soldier.

“It is the type of artifact that keeps you intrigued,” Smith said. “People love a mystery. I call it ‘Do you know me? Who am I?’” 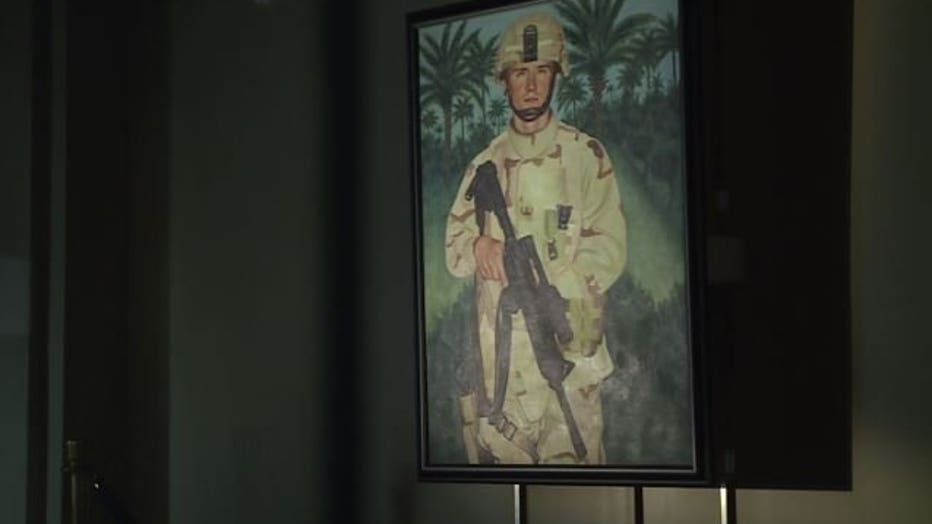 Iraq War veteran Col. Jon Shneidman first noticed the painting at a market near Baghdad in 2005.

“I did think about that man,” Shneidman remembered. “You look at someone’s eyes and that is where his soul is.”

The veteran served three tours with the 8th Medical Brigade along Route Tampa.

“Back in 2005,  I was in a place in FOB Scania Babylon Province, Iraq,” Shneidman said.

“I would like nothing more than to get it back to him. I think it would make his day.”

Shneidman could not bear the thought of leaving the soldier behind.

“I found it frustrating that it was just sitting there in the dirt,” Shneidman said.

The dentist returned from war never intending to keep the painting.

"It is impossible to know where the soldier is from," Shneidman pointed out. "He could be from anywhere in the United States."

Shneidman donated the work of art to the Virginia War Memorial in 2014.

“I would like nothing more than to get it back to him. I think it would make his day,” Shneidman said. 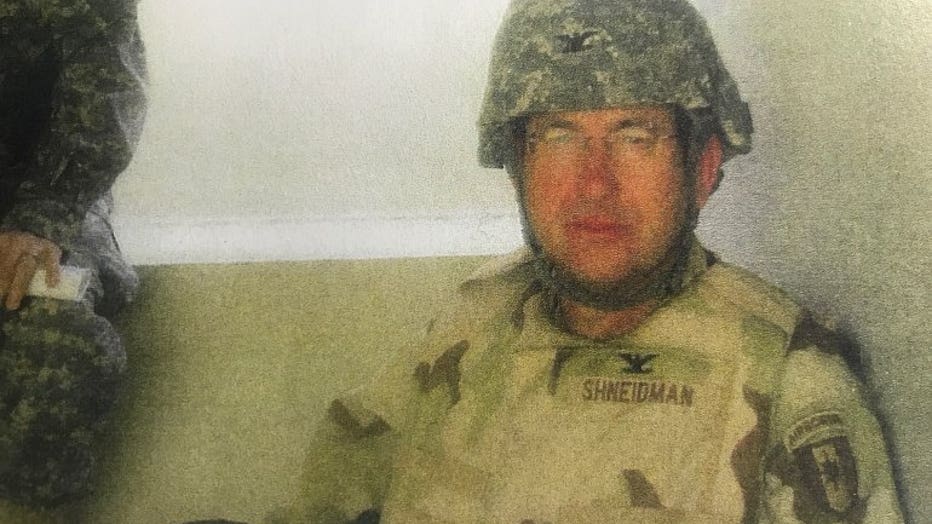 This fall the 2x3-feet canvas was removed from storage and displayed in a military art exhibit at the war memorial. Executive Director and Iraq War veteran, Dr. Clay Mountcastle, said identifying the subject is imperative whether he survived the war or not.

“The amount of attention this portrait garnered was amazing,” Mountcastle said. “I’ve taken to the habit of every time I walk by the portrait I look at it. Whether it sounds a little corny or not. I tell the portrait ‘Don’t worry buddy, we’ll find you. We’ll find you.”

In the memorial’s archives, Smith remains determined to find the nameless soldier.

“This was my grandmother’s brother," Smith explained. "He was killed in action in WWII.”

The curator remains hopeful that the Iraq War soldier in the painting did not suffer the same fate, but he realizes finding this painted warrior may take a stroke of luck.