EDMONDS, Wash. – Snohomish County Sheriff’s deputies say the Jody Loomis case all boils down to DNA evidence left at the crime scene they say they linked to the suspect.  Advancements in genetic genealogy are helping law enforcement potentially solve crimes. The new crime-solving technology is picking up steam over the past year. 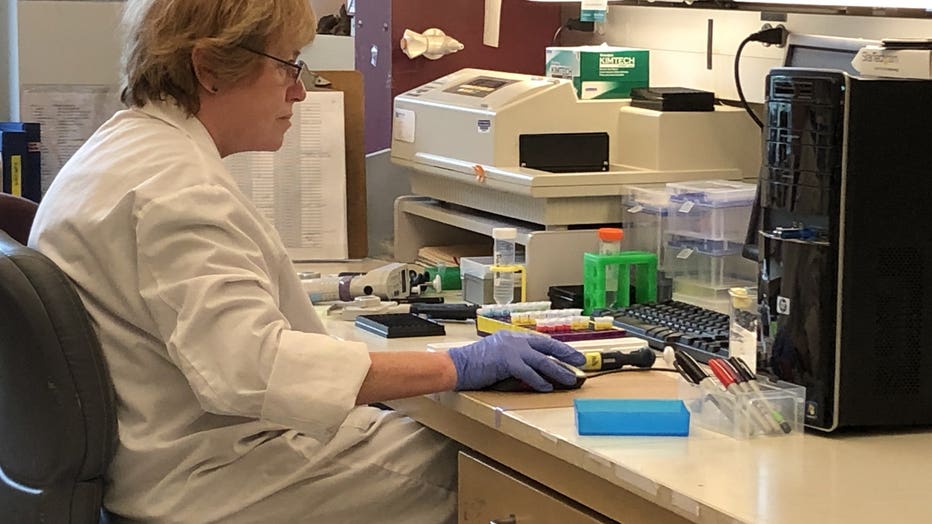 What happens at the genetics lab at the University of Washington School of Medicine could help to lead to suspects in custody after long standing cold-cases like William Talbott, II from SeaTac charged with the double homicide of a Canadian couple back in the 1970s.  Malia Fullerton, D. Phil is an Associate Professor of BioEthics and Humanities at University of Washington School of Medicine.  She says it’s simple science to crack the case.

“A genetic sample, often a blood sample or semen sample, is left behind.  A genetic profile can be created and that is kept in a computer and that can be compared to genomic profiles that are on file in databases,” said Fullerton.

It’s what let to Thursday’s groundbreaking announcement of a suspect arrested for killing Jody Loomis in 1972: DNA plus genealogy results from relatives, as explained by Snohomish County Sheriff Captain Rob Palmer.

“I know that it was some distant cousins that were back tracked to a common ancestor and then tree was worked down to the parents of the suspect,” said Snohomish County Sheriff’s Office Captain Rob Palmer.

The same scientific police work brought in the man charged with killing Michella Welch in 1986.

“He hurt the children on the north end of Tacoma, he affected every child in the neighborhood of Tacoma who went to Puget park. We weren’t allowed to enjoy one of our parks,” said friend of Jennifer Bastian Paula DeGraw.

The end result may be a victory for law enforcement and victims’ families, but Fullerton points out the new detective work raises ethical questions.

“My relative can make a decision that can implicate me, and I really have no say in the matter. So there are really important implications for informed consent,” said Fullerton.

Fullerton says the police’s methods are legal, but some may question their tactics in tracking down suspects just like in the latest Loomis case.

Fullerton wants everyone to understand that when you willingly submit your data to 23andMe or Ancestry.com or another genealogy website that you should know they may allow law enforcement to use your DNA and other information to try to solve crimes.

Knowing this, Fullerton worries some people may stop voluntarily giving away information, including helping out in research studies that depend on the assistance of the average person, especially in fields like public health.