Kirsten Hatfield, 8, disappeared from her home in Midwest City one night in May 1997. Police said the second-grader's bedroom window was cracked and her underwear was found in the backyard, according to KFOR.

Anthony Palma lived just two doors down from Kirsten Hatfield when she disappeared. And, he still lives there to this day.

On Tuesday, his home was surrounded by crime scene tape and police officers were going in and out as they continued their search. According to court documents, Palma was interviewed by an FBI agent on May 17th, 1997 at his home but was never arrested.

Authorities went back to his home in June of this year to speak with him again. His wife, who married him after Hatfield disappeared, said, “Tony still gets upset about the case when it is mentioned.” Officials asked why he got upset and his wife said “because it happened so close to his house.”

A Midwest City officer and FBI agent went to Palma’s work to interview him. He has been a groundskeeper at Lake Thunderbird State Park since 2001. Palma denied any involvement in the case but consented to a DNA swab. 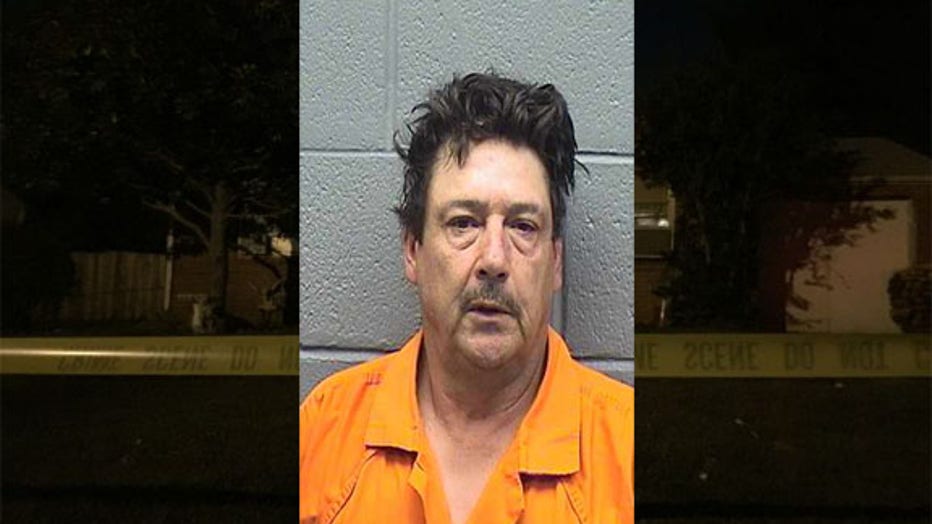 Authorities said, “the report showed that Anthony Palma’s DNA matched the DNA found on Kirsten’s panties and window sill. The match was one in 293 sextillion.”

“They’ll just never make me believe that Tony did something like this. He’s not capable,” said Linda Churchman.

Churchman says she has known Palma, his wife and daughter for about 10 years when her grandson dated Palma’s daughter.

“He was a loving husband, loving parent, that I knew of, you know. This is just a shock to me,” said Bennie Summers, Jr.

Summers, Jr. has been friends with Palma for years.

“He was a family man, went to work every day, came home, helped the kids with bikes, go-carts. You know he was just a typical good guy,” said Summers, Jr.

Other neighbors we spoke with say they didn’t really know Palma, but were surprised he still lived in the same house.

“You would’ve thought he would’ve moved and hidden himself. But, you know, sometimes they hide in plain sight,” said Julie Frost.

A woman named Lisa lives in the home where Kirsten Hatfield used to live.

She does not know the family and did not know what had happened in that house before she moved in.

She also knows Palma, and says he fixed her a meal when she was sick and would help her take care of her yard.

“This has just totally floored me,” said Lisa.

She does not think Palma is capable of such a crime either, but says the case does need to be solved.

“I hope they get closure. I hope that they’re able to take and put the baby at rest, wherever she may be,” said Lisa.

Palma served one and a half years of a five-year sentence for assault and battery with a dangerous weapon out of Cotton County back in 1985, but has had a clean record since then.

Before working at Lake Thunderbird, he worked at State Capitol Park.

He would have been working there at the time of Hatfield’s disappearance.

Palma is being held in the Midwest City jail without bond.

His wife and daughter are not able to stay in the home because police have taken control of it.

One neighbor said the stress of the situation was causing health problems for Palma’s wife.