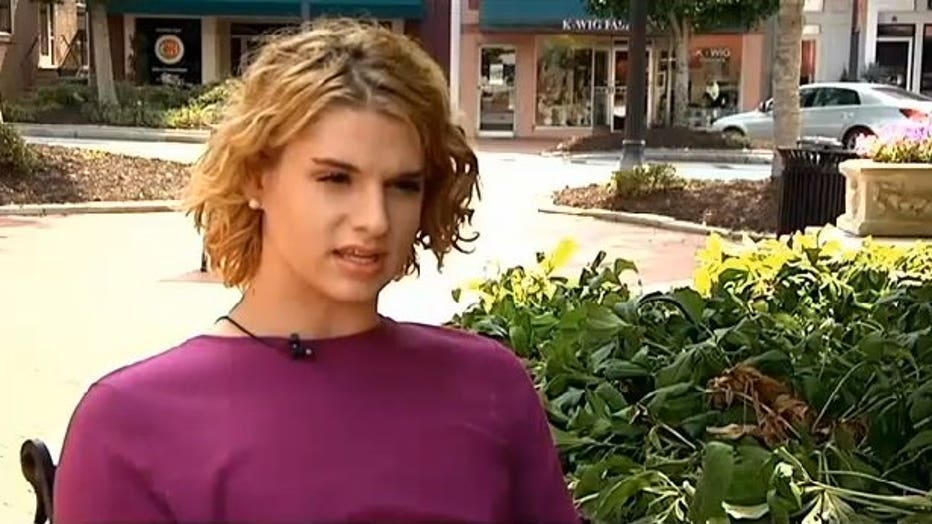 Chase Culpepper, of Anderson, was told to take off his makeup before he was allowed to get his picture taken at the DMV. Courtesy CNN.

ANDERSON, SC -- An South Carolina teenager was told to take off his makeup before he was allowed to get his picture taken at the DMV earlier this month. However, the 16-year-old said he was not in disguise. He was dressed as who he is.

Chase Culpepper, of Anderson, was told he needed to look more like a boy before he could receive his new license.

He said he was only dressed the way he does every day to school and to his job at McDonald's. He doesn't think he violated any rules and now he wants the DMV to let him re-take his license picture, wearing makeup.

Culpepper got his license in March but felt like he had been singled out and mistreated at the DMV for dressing differently.

He went to the Transgender Legal Defense and Education Fund, and on June 9 the group contacted the DMV explaining that Culpepper's rights had been violated.

South Carolina Department of Motor Vehicles spokesperson Beth Parks said it's important for a license picture to portray who the person is legally.

"When this young man has to show his ID, his ID shows that he's male. The card says he's male , he needs to look like a male," said Parks.

She explained that if someone is transgender and changes their name and gender through the courts, the DMV will honor that change.

According to the South Carolina DMV's photo policy, which was updated in 2009:

"At no time will an applicant be photographed when it appears that he or she is purposefully altering his or her appearance so that the photo would misrepresent his or her identity."

Culpepper said he thinks people should be able to walk into the DMV and take a picture no matter what he or she is wearing.

"This is how I am every day. And if a police officer wanted to recognize how I am, then, he would want to see who I am in my picture as well," said Culpepper.

His mom has stood behind him throughout and said she is appalled that her government is telling her son that he needs to conform to specific ideals of what a man should look like.

Culpepper hopes his story can be part of a movement toward change so that others don't go through what he did.

Parks said that the staff at the DMV acted in accordance to policy. She said that Culpepper will not be allowed to take his photo with makeup because he needs to look like a male, as indicated on his legal identification.