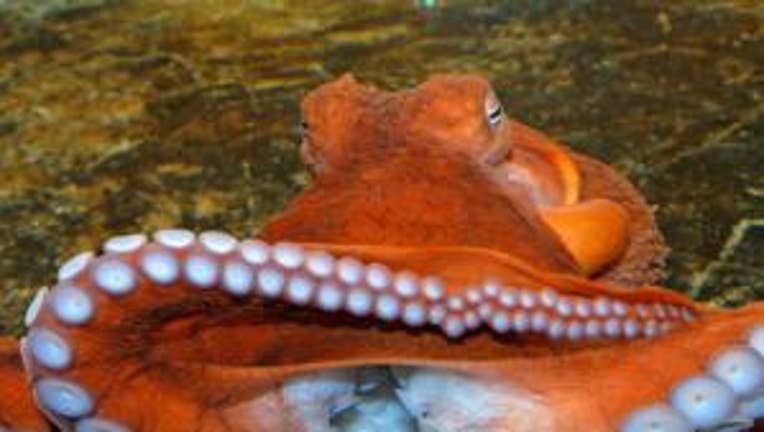 SEATTLE -- Two local men saw a fellow scuba diver dragging a large octopus out of the water at a popular dive site on the Puget Sound. And while it’s legal to hunt octopus, some divers say it’s like killing animals at a petting zoo.

The wildlife at beautiful Cove 2 on the Puget Sound draws fishermen and scuba divers from all over. But there’s controversy bubbling under these waves, after photos surfaced of a young man hunting octopus in Elliott Bay

Scott Lundy, one of the divers who confronted the hunters, said, “They were doing it at a very popular dive site, which is unfortunate. Lots of people come from around the world to see them at this site.”

Lundy said he showed up just as Dylan Mayer was bragging about his kill.

“We asked a lot of questions,” Lundy said, “and the attitude was, ‘Well we’re here, we’re doing it, it’s legal and we don’t really care.’ “

The photos have gone viral – and sparked hundreds of outraged posts around the world.

Underwater photographer Calvin Tang founded the Northwest Dive Club and kicked off the conversation on his blog.

Hobby fisherman Patrick Inglis said, “I think if i came across a magnificent creature like that I’d leave it be.”

Since the story broke, several dive shops have banned Mayer from their stores. Mayer never responded to our call, but Tang talked to him Thursday.

"He said that he likes the taste of octopus and he was planning to eat it, he wasn’t just senselessly going out and killing,” Tang said.

Mayer’s actions have started a conversation about protecting these creatures in the Puget Sound.

"If the octopus is a rare enough species and needs protection, then they should put laws together to protect it,” Inglis said. “If the law isn’t there, I have to assume there’s a reason, but maybe something like this is a catalyst for a decision like that to be made.”