Despite the new state law outlawing drivers from even holding a phone while behind the wheel, Washington State Patrol stats show plenty of people are doing just that.

The new law took effect in July. Between July 23 and November 21, more than 5,000 drivers have been stopped for using electric devices while driving.

But there is something else in your car that could be distracting you, and it’s not part of that new law.

A new AAA study finds our in-car infotainment systems may be more distracting than cell phones.

On those touchscreens we can text, phone, set the temp and the stereo, and program the GPS. These are all things that take our eyes off the road.

In-car touchscreens could be worse than cell phones

In-car touchscreens could be worse than cell phones

“One of the scary things about the research is that it took on average more than 40 seconds for someone to complete a task on the touchscreen,” said Jennifer Cook, of AAA Washington. “If you’re driving at 25 miles per hour for 40 seconds, you`ve gone the length of more than 4 football fields being distracted.” 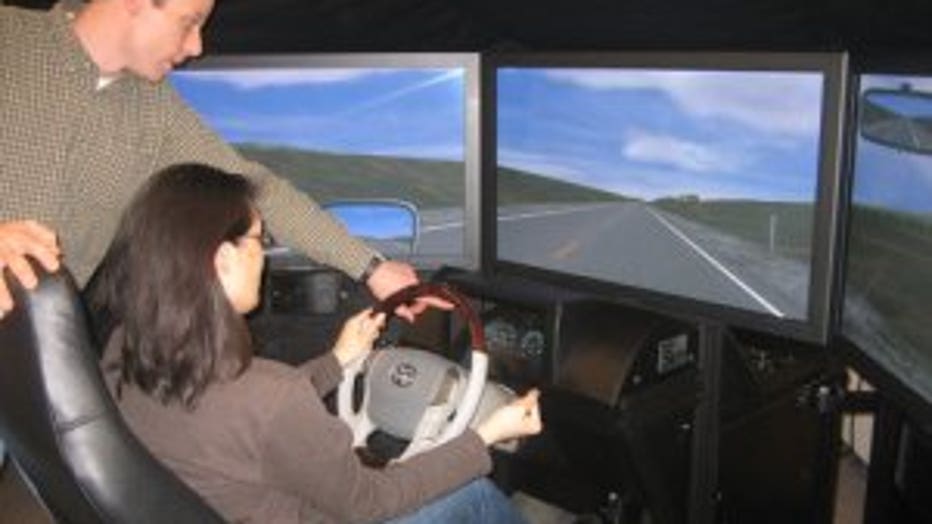 Linda Boyle, a professor at the University of Washington, has been studying distracted driving for more than two decades. She says infotainment systems are just one more thing distracting us from paying attention to the road.

“Having these devices in the car, you’re not just looking at one specific area, you’re looking all over,” said Boyle.

Boyle uses her own classroom simulator to study the effects cell phones and touchscreens have on drivers.

She says around the world, distracted driving leads to 3,000 deaths a day, making it a global health problem.

“They have these particular devices because that is what sells,” said Boyle. “Maybe what we should think about is how we use the technology to help mitigate the effects of technology. How to use it so we can be better prepared, better understand how to pay attention to the road.”

But could those dashboard tech systems lead to a change in our laws?

“It’s something that I certainly want to continue to monitor,” said Sen. Marko Liias, a co-sponsor of the current law that focuses on cell phones.

He calls it one of the toughest distracted driving laws in the country but admits lawmakers may go back to the drawing board if they see more trouble with touchscreens.

“If we do see drivers getting drawn into them and taking their eyes off the road for long periods of time, not paying attention to what’s going on, than I think we’ll need to take some action.”

Based on its study, AAA is beginning to pressure car manufacturers to make infotainment systems safer and less distracting.