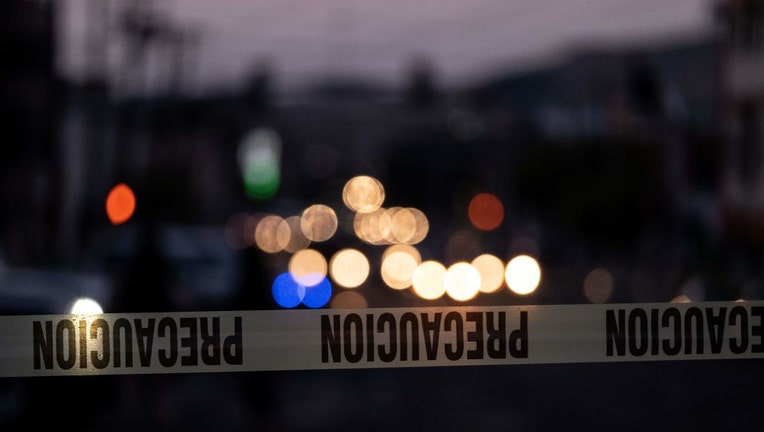 FILE-Police tape marks the perimeter of a crime scene in Mexico. (GUILLERMO ARIAS/AFP via Getty Images)

Authorities said Tuesday that they had unearthed 10 dismembered bodies from under the floor of an events hall in central Mexico.

The grisly discovery was made in the town of Tenango del Valle, just west of Mexico City, after an investigation into the activities of nine men believed to belong to the Jalisco drug cartel, prosecutors in Mexico State said over the weekend.

The men were arrested after kidnapping a woman and starting to cut off her fingers, prosecutors said. The leader of the gang is known by his diabolical nickname "666."

Excavations revealed dozens of sacks of dismembered body parts buried under the concrete floor. The sacks contained the parts of 10 bodies all together, Defense Secretary Luis Cresencio Sandoval said Tuesday.