POULSBO, Wash. -- An alarming number of used needles are being found all over the city of Poulsbo. Since the beginning of November, city workers have collected hundreds of needles.

Police say they’re finding nearly a dozen used needles each day, either during arrests or just laying on the ground, but the real people on the front lines of the problem are in the city’s Public Works Department. 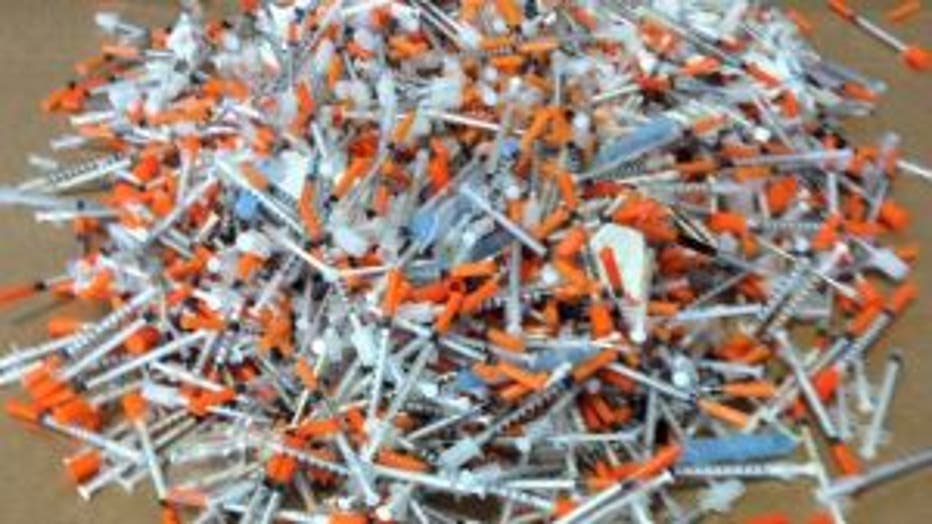 “We find pieces of folded-up tin foil or wide-open tin foil scraps with black lines on them,” said Kristian Watson who works for the city.

Watson has worked for the city for six years and in all that time he’s never seen so many discarded dirty needles in Poulsbo.

“You shouldn’t be shooting up heroin and you should be cleaning up after yourself,” Watson said.

Poulsbo police recovered more than 200 needles in just the past 10 days -- they say the drug problem fuels 80% of all other crimes in the area.

“It fuels property crime and that’s what you’re seeing,” said Deputy Police Chief Robert Wright. “Our biggest concern is getting some innocent person poked by a needle that’s sitting in a park somewhere.”

Watson says you can find the needles right out in the open in city parks. He and his co-workers worry someone will eventually get hurt.

“It’s a little nerve racking that you could get poked with somebody’s old needle,” Watson said. “There’s children at the parks and I worry about them.”

In October, a stack of sausage worth nearly $20,000 had to be thrown out after someone shoved a needle into the food. Surveillance video helped cops nab their suspect.

“They’re just thinking they want to get high,” said Watson. “They don’t care about anyone else’s safety.”

Police say since heroin is cheaper and easier to get than meth or prescription narcotics, the problem could only get worse.

Cops don't want people to start collecting the discarded needles, instead they're urging them to call 911.