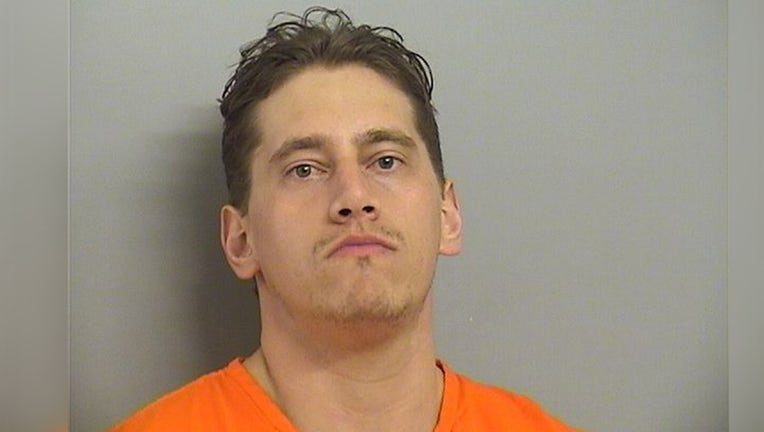 A Chiefs fan who goes by ChiefsAholic on his social media platforms was arrested for armed robbery in Oklahoma on Dec. 16. (Credit: Tulsa County Police)

The man, Xavier Michael Babudar, was arrested at 10:15 a.m. local time on Dec. 16 for armed robbery according to Tulsa County Jail records.

According to his social media accounts, where he goes by ChiefsAholic, he wears a Kansas City wolf costume at various sporting events.

The booking records also indicated he was wearing a mask while committing the robbery, but officials confirmed he was not wearing a "costume type mask."

An eyewitness inside the bank at the time of the robbery called Bixby Police and informed them of the description of the suspect and the direction that the suspect had fled. 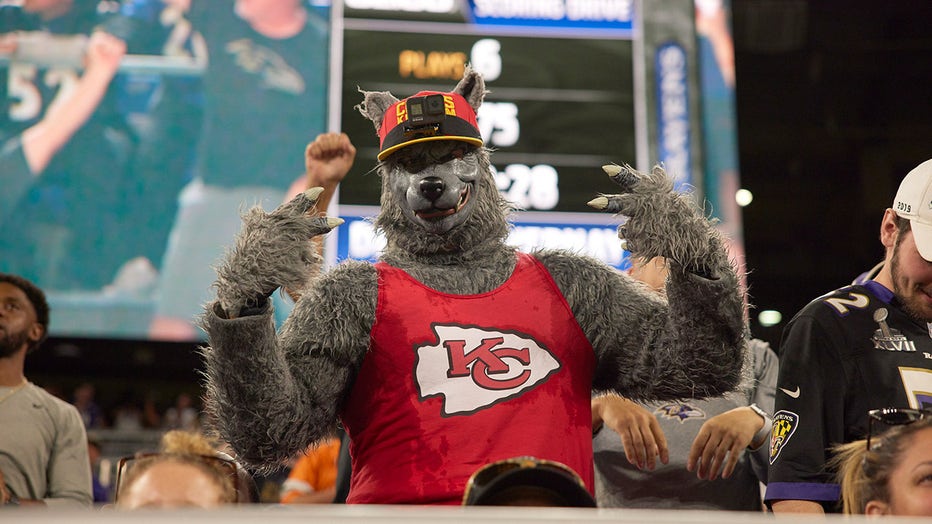 Within moments multiple officers responded to the scene and set up a perimeter in a nearby neighborhood where the suspect, now known as Babudar, was captured attempting to escape with a weapon and a large amount of cash.

There were no physical injuries to bank employees or witnesses.

Chief of Police Todd Blish stated, "The quick and decisive action of the witness permitted Bixby Police officers to respond in less than two minutes and have the suspect in custody within six minutes. We are so very appreciative of the witness, the bank employees, and the officers that responded to capture this person. I am especially proud of our officers who were able to respond quickly and set up a perimeter and make the arrest."

Bixby Police will be coordinating its investigative efforts with the FBI.