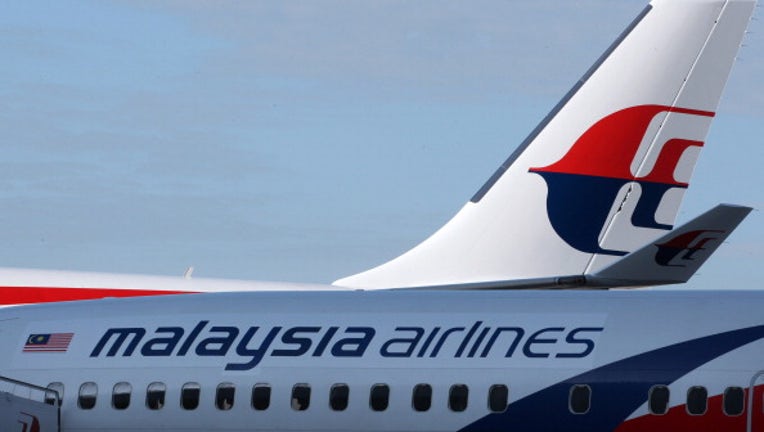 BEIJING -- As investigators search for clues to unravel the mystery of where Malaysia Airlines Flight 370 went, there were several key developments over the weekend.

Here's a cheat sheet to help you get up to speed on the latest developments:

Whoever was flying the airplane may have flown below 5,000 feet and used mountainous terrain as cover to avoid being detected by radar, the New Straits Times newspaper in Malaysia reported Monday, citing unnamed sources. CNN could not immediately confirm the newspaper's account, which is just one of several as-yet unproven theories about what happened to the jetliner after its last contact with flight controllers.

The search has expanded to cover large swaths of land and sea, including 11 countries and deep oceans. Where the plane went is anybody's guess. As 26 nations help try to find the missing plane, there's also a process of elimination in which investigators try to piece together where the aircraft isn't. Pakistan said Sunday that the plane never showed up on its civilian radars and would have been treated as a threat if it had. The Times of India reported that India's military also said there was no way the plane could have flown over India without being picked up on radar.

What's one main focus of the investigation?

Malaysia's Prime Minister has said that somebody deliberately steered the plane off course. That means the pilots have become one obvious focus for investigators. On Sunday, Malaysian police said they were still investigating a flight simulator seized from pilot Zaharie Ahmad Shah's home. Peter Chong, a friend of the 53-year-old pilot's, said it's unfair to imply that Zaharie had anything to do with what happened to the plane. He said he'd been to Zaharie's house and tried out the flight simulator. "It's a reflection of his love for people," Chong said, "because he wants to share the joy of flying with his friends."

A 29-year-old Malaysian civil aviation engineer, Mohammed Khairul Amri Selamat, who works for a private jet charter company, was on the flight. Police are investigating all passengers and crew, but he is likely to be of particular interest because of his aviation knowledge. "I am confident that he is not involved," his father said. "They're welcome to investigate me and my family."

What do we know about key moments on the flight?

For days, we've been talking about the last transponder signal the plane sent. And now it appears another system that sends data about the plane, the Aircraft Communications Addressing and Reporting System, was shut off, too. Authorities say the last transmission from that system came early in the flight, at 1:07 a.m. But they say they don't know exactly when the system was shut down, as the next transmission wasn't due until 1:37 a.m. Someone inside the cockpit, believed to be the co-pilot, made the plane's last verbal communication with air traffic controllers at 1:19 a.m., saying, "All right, good night." The transponder was then switched off at 1:21 a.m., authorities say, and all civilian radar lost contact with the plane altogether about 1:30 a.m. Military radar last detected the plane at 2:15 a.m. off Malaysia's west coast, hundreds of miles off course. And at 8:11 a.m., more than seven hours after takeoff, a satellite made the last electronic connection, known as a "handshake," with the plane.

Though some details have come into focus, major questions remain unanswered:

Satellite and radar data have given authorities some clues but not enough to pinpoint the plane. Right now, investigators are focusing on two corridors where the plane might have either crashed or landed: a northern arc that stretches from the border of Kazakhstan and Turkmenistan in central Asia to northern Thailand, and a southern arc that spans from Indonesia to the southern Indian Ocean. Because the northern parts of the traffic corridor include some tightly guarded airspace over India, Pakistan and even some U.S. installations in Afghanistan, U.S. authorities believe it's more likely the aircraft crashed into waters outside of the reach of radar south of India, a U.S. official told CNN. If it had flown farther north, it's likely it would have been detected by radar. However, on Monday, an Indian military official told CNN that its military radar in the area of the Andaman and Nicobar Islands isn't as closely watched as it is in other areas. This leaves open the possibility that the flight may not have been picked up by Indian military radar around the time of its last believed Malaysian radar contact, near the island of Pulau Perak in the Strait of Malacca.

Who would deliberately divert it?

In addition to the pilots, other passengers and crew members on board the plane, as well as any ground staff who came into contact with it, are under investigation. The bottom line, investigators say, is that whoever flew the plane off course for hours appeared to know what they were doing. Investigators are looking into the backgrounds of the passengers to see whether any of them were trained pilots. "There are still a few countries who have yet to respond to our request for a background check," said Khalid Abu Bakar, inspector general of the Royal Malaysian Police Force. "But there are a few ... foreign intelligence agencies who have cleared all the(ir) passengers."

Why would they do it, and how?

Finding a motive behind the plane's disappearance is a key problem investigators must solve. They haven't released any concrete details. Speculation has surgedabout the possibility of terrorism or hijacking, but that hasn't been confirmed.

Is there any chance the passengers and crew survived?

It's possible the plane's last satellite contact could have been made from the ground, as long as the airplane still had electrical power, Malaysia's civil aviation chief Azharuddin Abdul Rahman said Sunday. For the families and loved ones of those aboard Flight 370, some find comfort that there's no evidence the plane crashed. The father of one passenger, who watched updates from Malaysia in a Beijing hotel, said he hoped the plane was hijacked because that gave him reason to think his son had survived. "I hope they are alive," he said, "no matter how small the chance is."

Does the possibility that the plane is on land change anything about the investigation?

Yes, analysts said. It means it's even more pressing that authorities find the plane. "Time is even more of the essence. If this airplane has been taken to be used as a weapon, then the time that has been taken to prepare the aircraft for whatever deed is the plan -- obviously, to thwart that, it's all about time," said Shawn Pruchnicki, who teaches aviation safety and accident investigation at Ohio State University. CNN aviation analyst Jim Tilmon, a former American Airlines pilot, said that whoever deliberately steered the plane off course probably did it with help. But what's next is anyone's guess, he said. "We have been behind them all along," he said. "So now, if they had a plan, and if that plan included being able to set down someplace and refuel a little bit, we are looking at something that we may never see the end of."