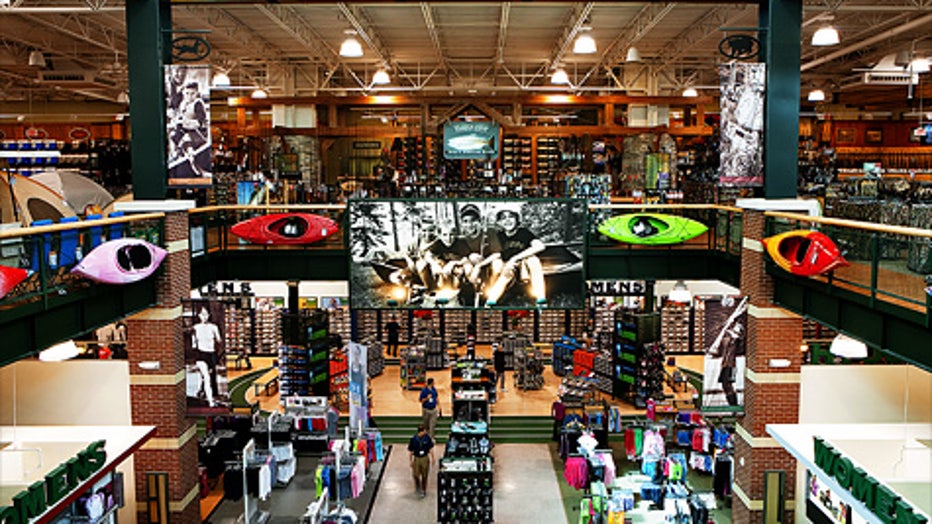 Dick's Sporting Goods Inc. has stopped selling guns at its store nearest to Newtown, Conn., in the wake of Friday's school shooting, the retailer said in a statement on its website.

We are extremely saddened by the unspeakable tragedy that occurred last week in Newtown, CT, and our hearts go out to the victims and their families, and to the entire community.

Out of respect for the victims and their families, during this time of national mourning we have removed all guns from sale and from display in our store nearest to Newtown and suspended the sale of modern sporting rifles in all of our stores chainwide.

We continue to extend our deepest sympathies to those affected by this terrible tragedy.

Dick's, which has more than 500 stores in 44 states, also said that it has suspended the sale of "modern sporting rifles" in all its stores.

Authorities have said that 20-year-old Adam Lanza used a Bushmaster brand semi-automatic rifle to shoot and kill his mother before going into the Sandy Hook Elementary School in Newtown, where he shot and killed 20 children and six adults.

There are two Dick's stores in the Puget Sound region -- one in Renton at The Landing and the other in Puyallup at South Hills.

-- The Orlando Sentinel contributed to this story