TACOMA -- Laura Gholston is a 47 year-old developmentally disabled woman, but mentally has the capacity of a 3 to 4 year-old child.

“She requires to be reminded to go to the bathroom and even then she’s really not able to do it by herself.  She needs her teeth brushed, needs her hair washed.  She can’t do the simplest things you and I can do for ourselves,” said attorney David P. Moody.

All things her mom used to do for her, but in 2004 she passed away and Laura was left with no one to take care of her. 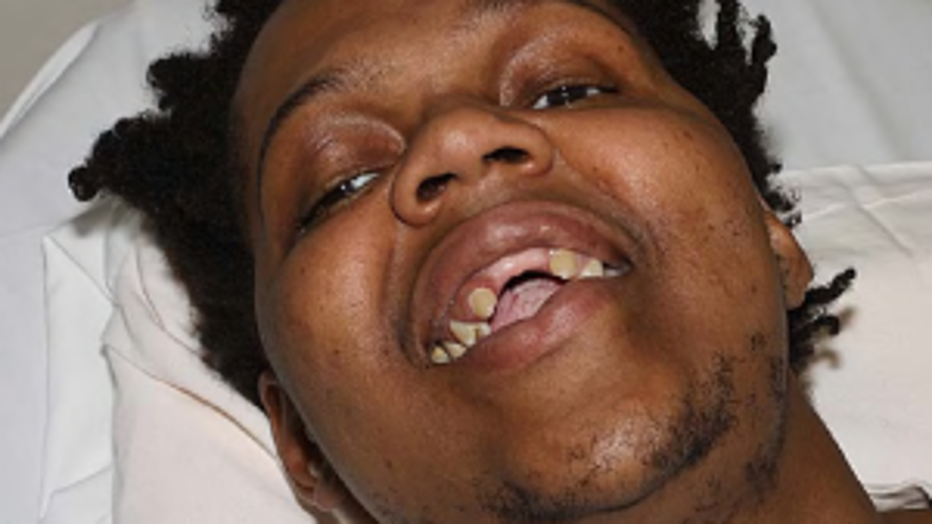 “She doesn’t have that natural fear that someone may hurt her,” said Laura’s current guardian Albert Williams.

According to state documents uncovered by Q13 FOX News, that’s exactly what happened after the state approved a new care giver, her nephew.

“You don’t need to be a trained social worker to see this man is completely ill-suited to take care of a vulnerable adult.  He’s in his early 20’s, he has very little education and no care giving skills whatsoever,” said Moody.

He is a man who Tacoma police arrested in 1999 on drug charges.  Laura's nephew also had a documented history of mental illness, calling police multiple times threatening to commit suicide and was sent to a mental hospital to be evaluated.

“This is not a person that anyone who is paying attention would sit across from and think he was remotely capable of taking care of a profoundly disabled woman,” said Moody.

DSHS itself says care givers are denied if their character, competence and suitability review indicates they are not qualified.  Further, the agency says it won't approve someone if there is evidence of drug abuse or criminal conduct.

Yet the state approved Laura's nephew and paid him monthly to care for her.  At $10 an hour for 68 hours a month, he made more than $57,000 in the seven years is aunt was in his care.

Even more shocking is how DSHS would name this man as Laura's care giver, based on what records show the agency knew years before.

“She’s found in the bathroom with a placenta in the toilet holding a newborn baby.  The question of course became who’s the father?  Who raped Laura?” said Moody.

A 1996 DSHS document shows the agency referred the case to the Pierce County Sheriff's Office, identifying Laura's nephew as one of two men who could have fathered the child.

“No investigation was done.  No confirmation, no DNA test, nothing,” said Moody.

The state is required to check on clients like Laura once a year and between 2004 and 2011, a case manager did come to do an assessment 6 times, a visit that was scheduled in advance.  During that visit, the state is supposed to evaluate the client's living situation and environment, physical health and determine a need for intervention.

“It’s really easy to shuffle them off to the dining room which is kept nice to come visit and bring Laura out or any incapacitated person and do the assessment,” said Albert Williams.  “What they saw was a good day.  They never saw Laura on a bad day until it was too late.”

That was in August 2011 when the care giver's ex-girlfriend called DSHS to tell them Laura's nephew was neglecting her.  A case worker came to the home and immediately called Tacoma Police.

“When the police entered the home to rescue Laura they noticed there was no food.  Her teeth were rotting out.  She hadn’t been fed.  She was dirty,” said Moody.

Police also noted Laura's bedroom door, and that it locked from the outside only.

“While Laura was being trapped in her bedroom she wasn’t being cared for.  There was simply a bed matted with feces and urine and no bed sheets.  This was a torture chamber for Laura Gholston and it was like this for years and years,” said Moody. 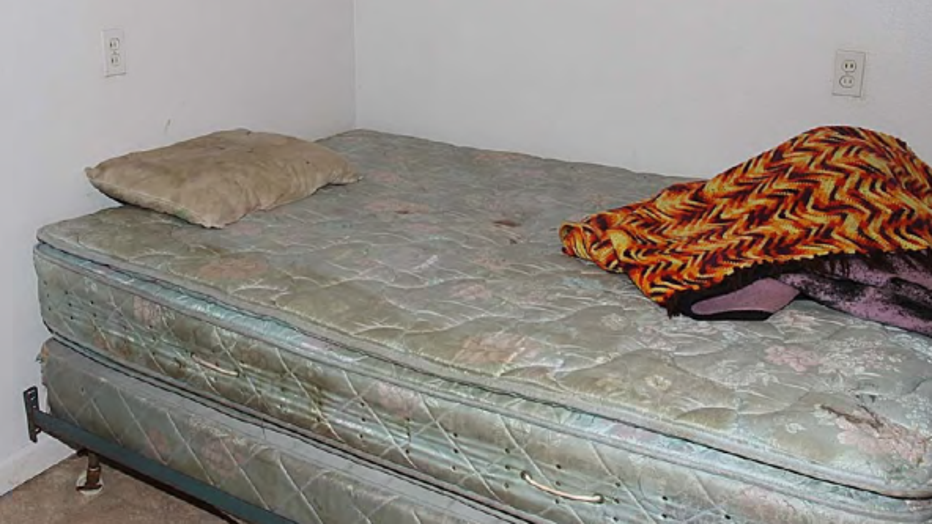 Laura's bed as Tacoma Police found it in August 2011

Some of the most telling signs of abuse were round circular burn marks on her arms and legs and scars of similar size in different stages of healing.  Doctors at St. Joseph's Hospital in Tacoma confirmed those burns likely came from a meth pipe.  Notes from the hospital show a nurse asked Laura about them and she said, “Burn, hot, hot”.

“If DSHS would have asked Laura to pull up her sleeves they would have seen the evidence of abuse going on at that home.  That’s just one of the signs and there were many,” said Moody. 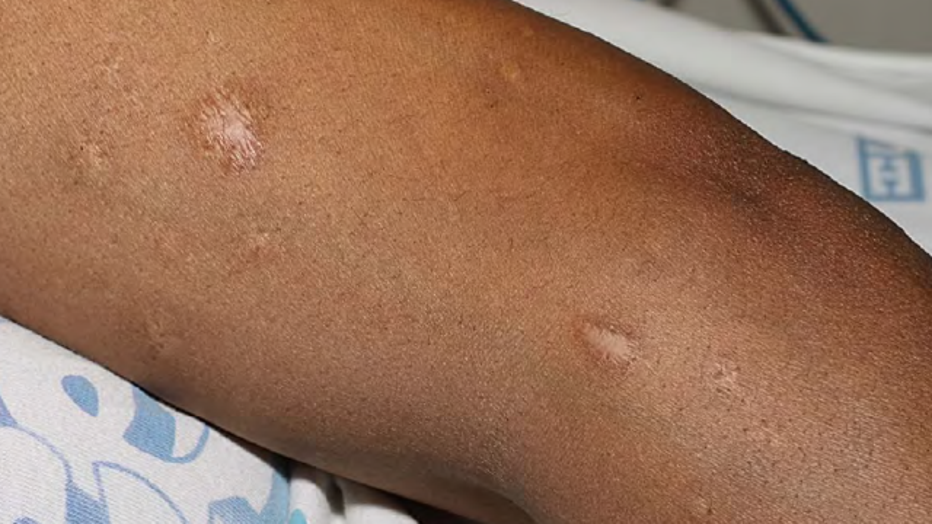 Police say when they searched the home they found meth users living in the garage, a registered sex offender and the care giver's girlfriend, who at the time was a DSHS employee working at Western State Hospital and thus, was a mandatory reporter of abuse.  After police raided the home, both she and Laura's nephew tested positive for methamphetamine and marijuana.

“It was a drug house.  We stayed away,” said neighbor Marsha Hulse.

Hulse has lived right across the street for the home on East Fairbanks Ave. in Tacoma for nearly 10 years, but says she never saw Laura, not once.

“I don’t recognize her.  No one knew she was there.  Otherwise we would have done something about it,” said Hulse.

When police interviewed Laura's nephew about her condition and what had been going on at the home they say “he had an excuse for everything”.  Documents show he told police he had put the lock on the outside of her door to keep her out of the room when he was re-doing the floor.  When asked about the urine and feces in her room, he said Laura would go to the bathroom in there when she got mad at him.  He told police Laura’s scabs and scars on her body were from her picking at herself.

“This was a disaster, a dumpster fire of a care giving situation and DSHS just turned its back and continued to write checks,” said Moody.

Just a month after her rescue, Laura's wounds began to heal both physically and mentally.

Considering what she went through.  An email from a DSHS social worker suggests it took two months for the agency to realize she may have been abused.  The worker writes, “Those burns and scabs on her arms are totally healed… Just thinking that maybe all along he (Laura’s nephew) has been burning her and saying it was from her picking”.

“They should have done something a lot earlier than what they did and now Laura is paying the price for that,” said Williams.

DSHS turned down our request to talk about Laura's case, but in a letter the agency sent to Laura's nephew they acknowledge he physically abused her.  Tacoma Police arrested him and forwarded the case to the Pierce County Prosecutor's Office where it was under review for five months, but ultimately, charges were never filed.

Pierce County Prosecutor Mark Lindquist said he made that decision because Laura’s injuries didn’t rise to a felony level.  He forwarded the case to Tacoma Municipal Court for possible misdemeanor charges but that never happened.

Both Lindquist and Laura’s attorney say a case involving a disabled adult like Laura is extremely difficult to prove on the criminal level as she is not able to describe what happened to her, and no one went on the record saying they saw her nephew abusing her.

“She’s going to have a long road ahead of her, but her care giving situation right now is good.  It’s the type she should have had all along,” said Williams.

With the help of her attorney, Laura is suing DSHS alleging the agency failed to protect her.

“It’s very important not only for Laura but for the tax payers in our state to hold DSHS accountable.  It can’t just take tax payer money and continue to feed it month after month to abusers.  That’s exactly what was going on here,” said Moody.

If Laura eventually wins her suit, the money would be put into a special needs trust for her.