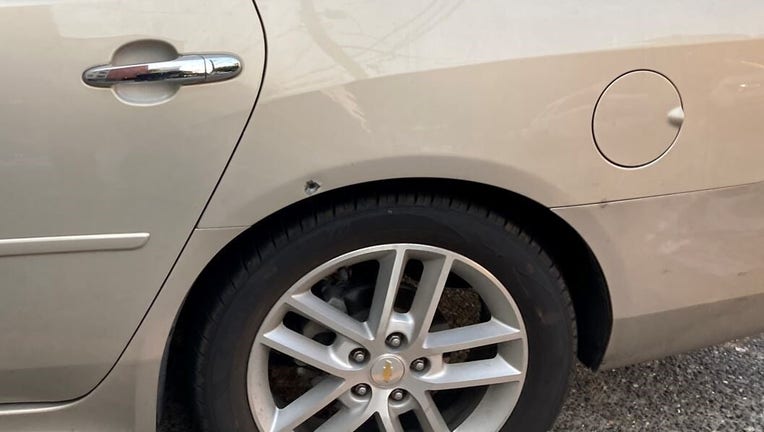 Victim was driving a gold Chevrolet Impala that was struck once.

KING COUNTY, Wash. - Investigators are searching for witnesses after a driver was shot at while headed northbound on Interstate 5 Tuesday morning.

The victim was traveling near downtown Seattle around 6:00 a.m. when he observed a vehicle approaching from behind at a high speed, according to the Washington State Patrol.

The victim switched lanes and the following vehicle made the same lane change. The vehicle continued to speed up, then pulled up beside the victim's vehicle and fired three times at the driver, according to authorities.

The victim was not hurt.

The suspect's car is described as an early 2000s red Lexus sedan with damage on the driver's side fender. The car's tinted windows prevented the victim from being able to see or describe the driver.

This is the 27th report of shots fired and shootings that the Washington State Patrol has responded to in 2021.

If you are a witness to the incident or have information on the suspect please contact Washington State Patrol Detective Haake at (425) 401-7717 or by email at Russ.Haake@wsp.wa.gov