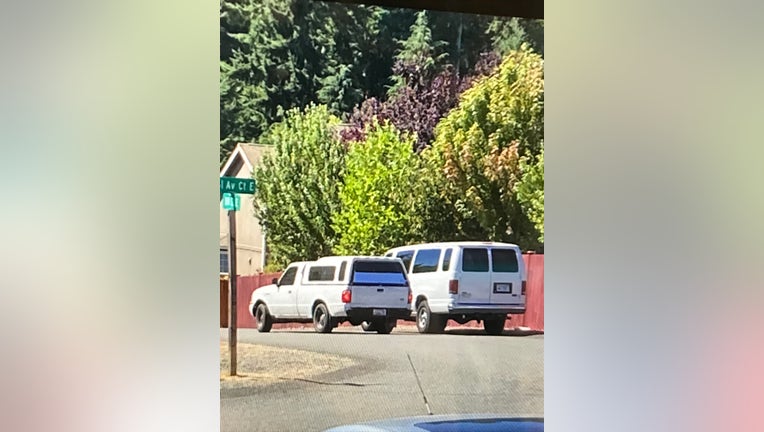 BONNEY LAKE, Wash. - The Puget Sound Auto Theft Task Force and Bonney Lake Police are asking for the public’s help to identify the suspects who stole a worker’s van along with $7500 of tools, $2500 in stereo equipment and the catalytic converter last month. The van was later found abandoned.

Police say the van’s owner was inside working on the home and accidentally left his door unlocked. Detectives want to remind everyone to always lock your doors and make sure you remove your keys from the vehicle. Detectives caution it’s the number one reason newer vehicles are stolen.

Surveillance video shows the suspects in a white Ford Ranger pickup truck backing into the driveway of a home and parking next to the victim’s van.   One suspect wearing a distinctive hat gets out of truck, walks over to the van and looks in the window.  A few seconds later he opens the passenger side door climbs in and drives away.  The truck follows along behind him driven by a second suspect who was not seen on camera. 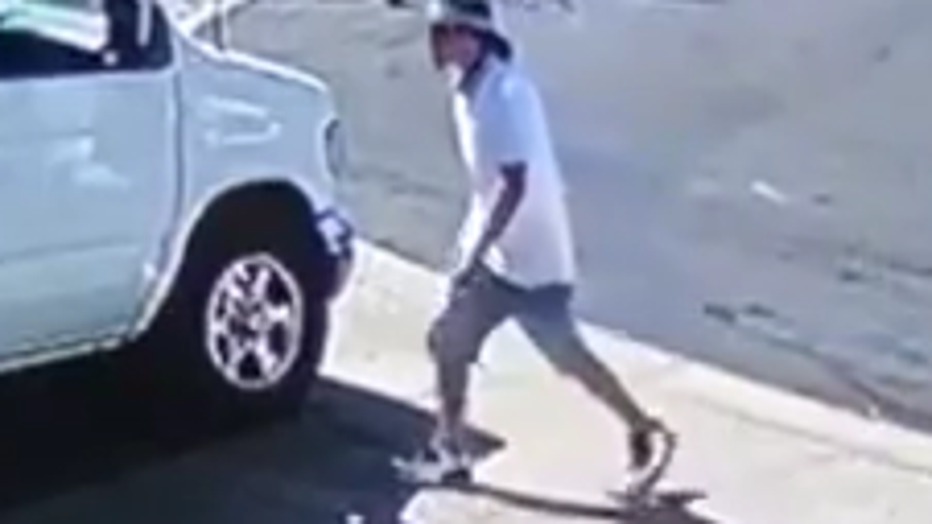 Detectives located the registered owner of the Ford Ranger who told them that he sold it in April of 2020. He is a JBLM soldier who did not send in the "Vehicle Sold" information due to being deployed to the field for training. He has since filed the paperwork.

Detectives say the suspect seen on the video stealing the van is not the man he sold the vehicle to so they are asking for the public's help to identify him and to locate the Ford Ranger.

Please message the Auto Theft Task Force - Puget Sound if you have any information or call their tip line at (253) 329-2442 or email autothefttips@wsp.wa.gov.

If you know the van theft suspect's name and wish to remain anonymous, submit a tip to Crime Stoppers of Tacoma/Pierce County through the P3 Tips App on your cell phone or at P3Tips.com. You can also call 1-800-222-TIPS (8477). Crime Stoppers will pay you a cash reward of up to $1,000 for information that leads to an arrest. You must submit the tip to crime stoppers to be eligible for the reward.