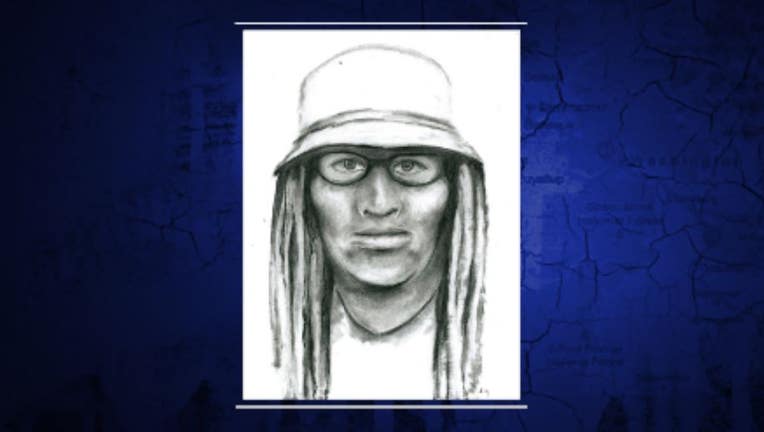 WANTED IN SEATAC -- March 20, 2018
King County Sheriff's Detectives are asking for the public's help to solve the murder of Timothy Milligan.  He answered the door at the Firs Mobile Home Park at 20440 International Boulevard in SeaTac in October of 2015 and was shot in the face.  At the time, he lost his eye but Milligan passed away from his injuries on February 14, 2018.

Investigators think the suspect who shot him was part of the crew who robbed the same mobile home in SeaTac four days before.

Detectives have released a sketch of the gunman and are hoping someone recognizes him. "If you look at this case, we have two robberies that are probably related,” says King County Sgt. Cindi West. “In the first one they were armed and in the second one not only were they armed, but they shot our victim in the head who's now fighting for his life in Harborview and we're hoping that somebody will recognize this guy in the sketch, so that we can help solve this crimes. Pay really close attention to his face, not the hair, not the hat, not the glasses, it's most likely a disguise, but look at his face really clearly and hopefully someone will recognize him.”

If anything about this suspect seems familiar and especially if you know who he is, call an anonymous tip into:
CRIME STOPPERS: 1-800-222-TIPS or use the P3Tips App on your phone.  You can also submit the info at www.P3Tips.com. It is anonymous and there is a $1,000 reward for tips that lead to an arrest in the case.