A man crashed his car into a tree on Jan. 28. The Medical Examiner determined he died from a gunshot wound, not the crash. Deputies are trying to determine what happened.

PUYALLUP, Wash. - The Pierce County Sheriff's Department is asking neighbors in the Puyallup area to check their surveillance cameras for possible footage of a homicide victim.

Deputies are investigating a crash that occurred on Jan. 28 in the 10400 block of Woodland Ave. E., between South Hill and the Summit area. According to deputies, the car was going at a high rate of speed before it hit a tree.

Investigators determined that the 24-year-old driver had been shot. The Medical Examiner said the man died of the gunshot wound, not the crash.

This is being investigated as a homicide. Investigators are asking the public for surveillance footage that may help pinpoint a suspect.

Deputies are looking for surveillance footage from people in the highlighted area. You can zoom in to see street specifics.

Investigators are looking for footage of a purple or blue, early 90s Mazda Miata that may have been traveling in the area between 1024 p.m. and 11 p.m. on Jan. 28. That car was the victim's car, but they're hoping to narrow down the moments before he was shot.

Right now, all they know is that he was traveling east on 112th St. E., then turned north on Woodland Ave. E. before crashing.

If you have any information about the case, you can submit an anonymous tip to Crime Stoppers on the P3 Tips app, online or by calling 1-800-222-TIPS. 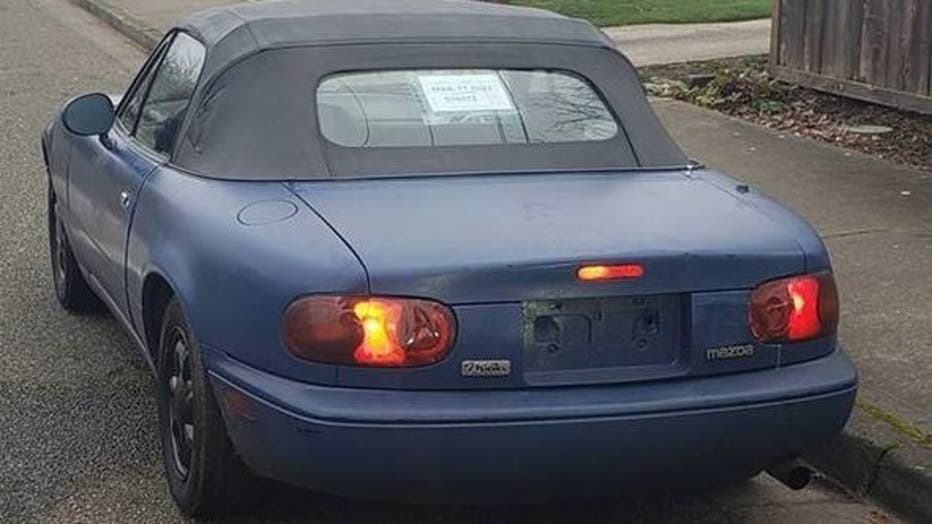