EVERETT-- Investigators are following up on more than 90 tips that have come in from the public so far since they released new sketches last week showing what the suspect in a horrifying double murder may look like.

Family members are offering a reward up to $50,000 to anyone who can provide information by December 31, 2018 that leads to the positive identification of the suspect who killed Tanya Van Cuylenborg and Jay Cook in 1987.   The sketches show what the suspect may have looked like at age 25, 45 and 65 years old. "The person of interest in our case is a white male of European decent. He has hazel or green eyes. Light brown hair. Very fair skin, possibly with freckles and possibly male-pattern baldness," said Snohomish County Sheriff's Capt. Jeff Miller.  http://q13fox.com/2018/04/11/north-sound-detectives-release-new-sketches-in-decades-old-cold-case/


The Canadian couple vanished after getting off the ferry in Seattle to run an errand for Jay's father. "They obviously were abducted in downtown Seattle and King County,” said Snohomish County Det. Scharf. 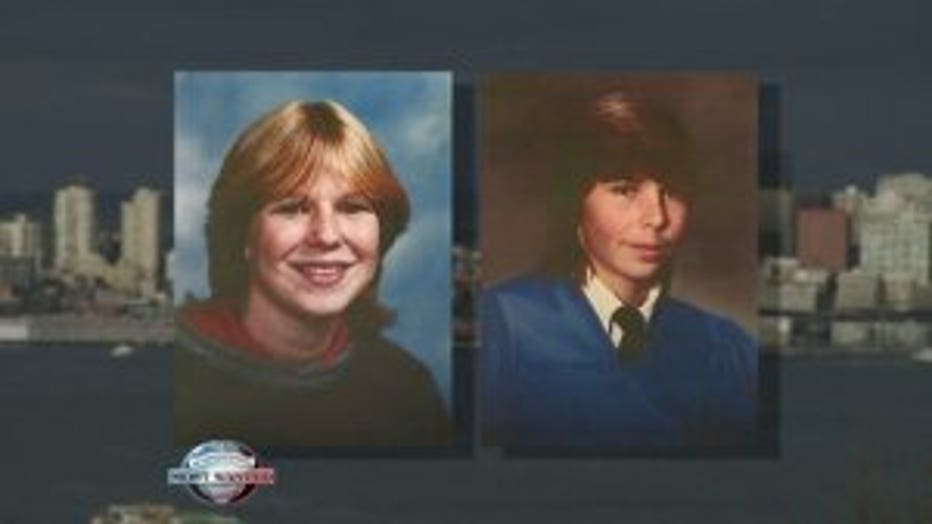 Their bodies were found a few days later in two different counties. Jay’s body was found below High Bridge, which was on the Crescent Lake Road in Snohomish County. Tanya was taken up to Skagit County, south of Alger, and she was shot and raped and left by the side of the Parson’s Creek Road,” recalls Det. Scharf.

Their van was found in Bellingham near a Greyhound bus station several days later. "The van was out and about for a full week between the time it was last seen on the ferry and with the time it was recovered in Bellingham and that’s a lot of exposure for who’s responsible for this crime," said Skagit County Detective Ben Hagglund.

Items were stolen from the van including a Minolta camera. In 1990, the lens was tracked to a pawn shop in Portland but police are still looking for the camera itself and a couple of other items. “There’s a green backpack the person might have had, a black jacket, and a Minolta camera. We even have serial numbers for the camera if we can locate it,” says Det. Scharf.

As they sort through the new information, detectives would also like to talk to anyone who worked at E. A. Nord, the Nord Door Company, in Everett in 1974.  Investigators say they could have helpful information based on an old tip investigators received about the murders.  There were about 1200 people working at Nord Door at that time. Please call the Snohomish County Sheriff’s Office tip line 425-388-3845, leave your name and number and detectives will call you back.

You can also submit anonymous tips on the case through Crime Stoppers of Puget Sound at www.P3Tips.com or by using the P3 Tips app on your smart phone.