The victim is intubated in ICU and has not regained consciousness since he was attacked by Bell August 21.

King County Sheriff’s Detectives arrested Warren Bell Jr. at a home in Des Moines on Friday. Sgt. Ryan Abbott said he was located thanks to a tip to Crime Stoppers of Puget Sound last night from a Q13 News viewer who saw my Washington's Most Wanted fugitive alert. He was taken into custody without incident. Bell is WMW Capture #1170.

King County Sheriff's detectives are asking for the public's help to find Warren Bell Jr. Prosecutors have charged the 42-year-old with Assault in the 1st Degree. He's accused of brutally beating his step-mother's 71-year-old boyfriend in Burien on August 21st. The victim is intubated in ICU and has not regained consciousness.

"Warren knocked the victim to the ground, punched him about 10 times in his face, knocked him unconscious and broke his dentures. The victim was rushed to Harborview where he remains. He is in critical condition. It's unknown at this time if he is even going to survive," said King County Sheriff's Sgt. Ryan Abbott. 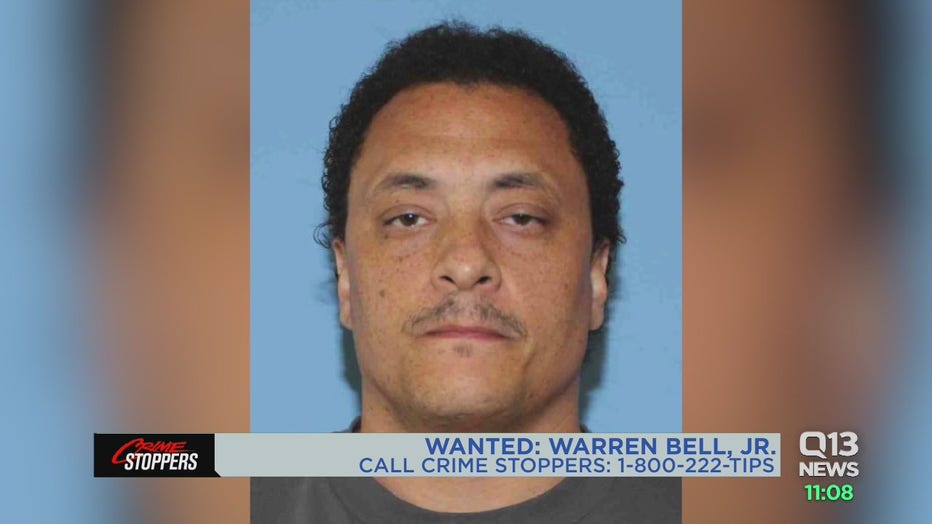 Detectives say the incident started when Bell refused to give his stepmother's flip phone back to her, then threw it on the cement, which broke it. Her boyfriend came outside and asked Bell what he was doing. That's when detectives say Bell starting hitting him.

Deputies say Bell knows he is wanted and refuses to surrender. Sgt. Abbott says Bell told a King County Sheriff's Sgt who called him, "You're going to have to kill me."

Deputies say he is known to hang out in Des Moines and has family in Tukwila. He is 5'10 and 220 pounds.

Please call 911 if you see him or submit an anonymous tip to Crime Stoppers of Puget Sound at 1-800-222-TIPS (8477) or submit the information through the P3 Tips App on your cell phone. You will receive a cash reward of up to $1,000 if the information leads to his arrest.