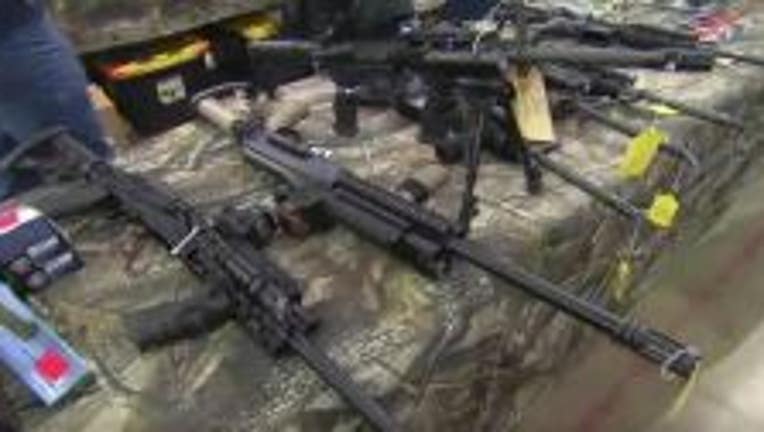 WASHINGTON -- President Barack Obama will unveil Wednesday a package of gun control proposals that, according to a source, will include universal background checks and bans on assault weapons and high-capacity magazines.

They will be joined by a group of children who wrote letters to the president in the aftermath of the Dec. 14 shooting rampage by a lone gunman who killed 20 students and six adults at a Newtown, Conn., elementary school, Carney said.

Obama will propose legislative steps he previously has backed, such as a ban on assault weapons, restrictions on high-capacity ammunition magazines and strengthening federal background checks of people attempting to buy guns, according to Carney.

The president also will announce other steps that could include executive actions on his part that don't require congressional approval, Carney noted.

More specifically, the source -- an official familiar with the process -- said the president's proposal will press for a ban on high-capacity magazines with more than 10 rounds, universal background checks and a request that funds be made available to help treat mental illness and provide schools with support to enhance their safety.

The federal government estimates that more than 300 million non-military guns are owned or available for purchase in the United States.

Opponents, led by the powerful National Rifle Association, promise a political fight against gun control measures that they say will violate the constitutional right to bear arms.

To read the entire CNN article and see a video, click here.