SEATTLE -- Air quality experts say for some in sensitive groups, the air is bad. But for most of us, it simply looks worse than it is.

Smoke and ash filled the air and blanketed most of the region Tuesday, making it look ominous and uninviting. What you could see in the air also fell on the ground.

Ash fell on cars -- or basically anything left outside.

Air quality experts say the ash is large enough of a particle that it can irritate your eyes, ears and nose. But it's actually small particulates that are the most concerning, and something that the Puget Sound Clean Air Agency and others are keeping a close eye on.

When it comes to air quality, experts say it comes down to location. For most of King, Kitsap and some parts of Pierce counties, the air quality is considered moderate.

But for those closer to the Cascades -- toward the Jolly Mountain and Norse Peak wildfires -- the air quality changes to unhealthy.

Overall, experts say, you know your own body. Until the smoke clears, which is expected by Friday, take whatever precautions you need.

Click here for the latest air quality and forecast for your city. 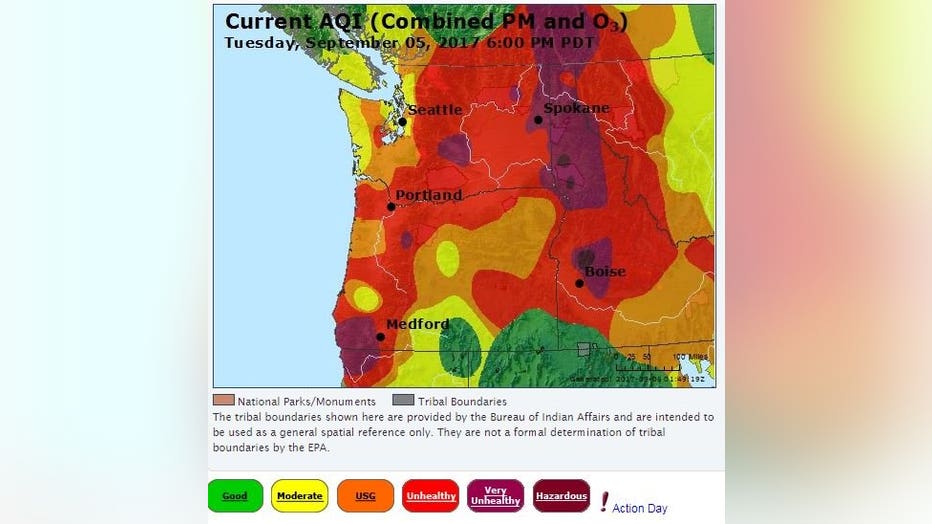