CUSTER, Wash. - Officials with the Washington Department of Ecology say they plan to start removing the train cars that derailed last week in Whatcom County starting Monday. The cause of the derailment is still unknown.

RELATED: Cause of train derailment and crude oil fire still under investigation

The tanker train hauling crude oil derailed near the town of Custer, Washington on Dec. 22. An estimated six train cars derailed, and a spokesperson for BNSF Railways said three cars ruptured, spilling an unknown amount of crude oil onto the ground.

Crews worked through the weekend to remove the remaining oil from the train cars and will transport to a refinery in Ferndale. Once that’s finished, the train cars can start to be removed, officials said. 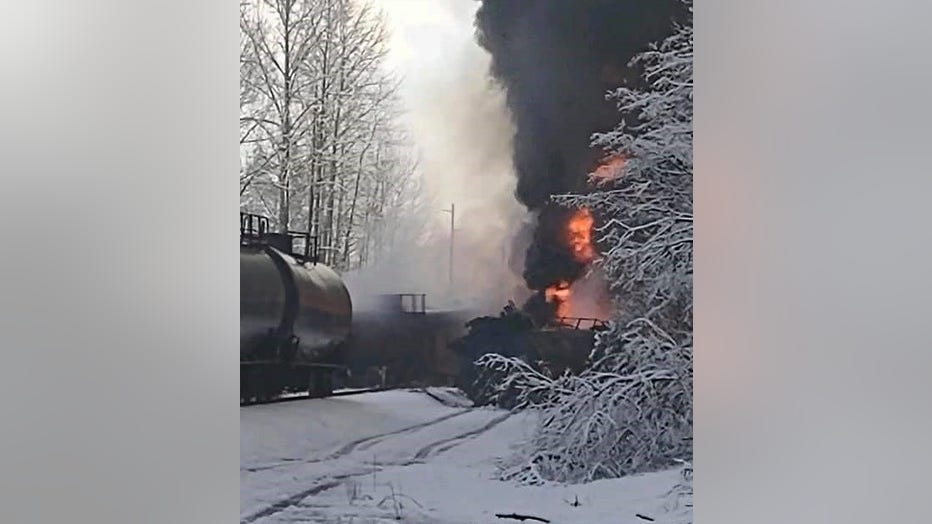 Despite the oil spill, Department of Ecology spokesperson David Byers said the environmental impacts from the spill appear to be minimal.

He said there were no known impacts to wildlife and the department doesn’t believe oil flowed into any waterways or bodies of water. But the department is continuing to investigate and monitor for any impacts to wetlands or other areas.