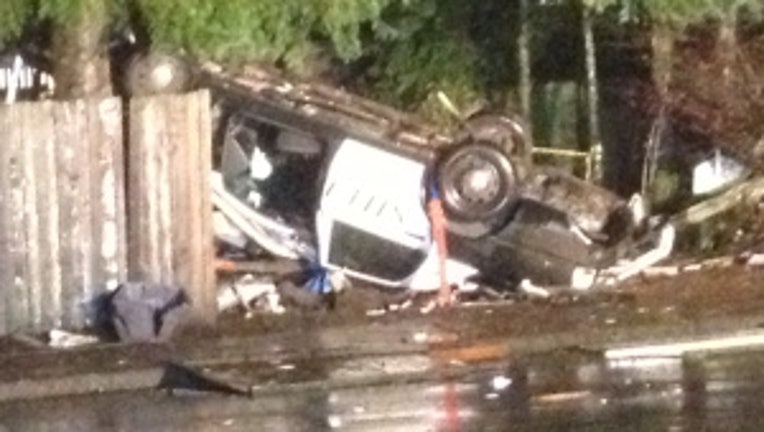 EVERETT, Wash. -- A Snohomish County sheriff's deputy is being treated for injuries after his vehicle rolled over while chasing a negligent driver.

According to the Snohomish County Sheriff's Office, the deputy was involved in an accident around 4:30 p.m. in front of Mariner High School on 120th Street SW in South Everett. The deputy was traveling northbound on 4th Avenue W when he spotted a silver BMW traveling southbound, allegedly driving recklessly. The deputy made a U-turn and began to follow the silver BMW when he lost control of his car and rolled the vehicle.

The BMW continued to head southbound, hitting a curb and damaging the car. The driver abandoned the vehicle and fled on foot. Police believe the BMW was stolen.

The deputy has serious, but non-life-threatening injuries.