SPANAWAY, Wash. -- A deputy fired shots at a vehicle in Spanaway early Thursday morning after the driver reportedly tried to run him over.

He tried to pull the vehicle over, but it sped away.

The deputy said he used a PIT maneuver to try to stop the car. 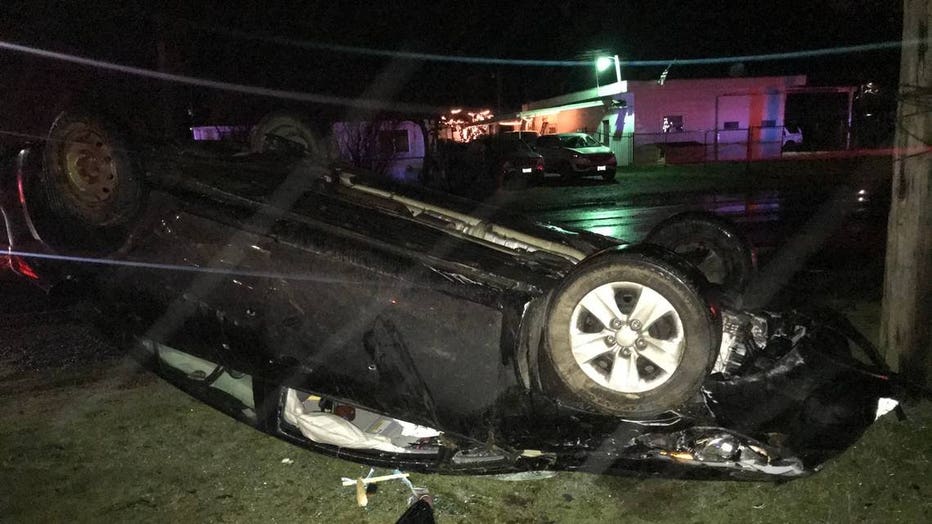 That's when the driver drove the car off the road, then back onto the roadway and sped toward the deputy, Troyer said.

The deputy fired shots at the vehicle, but the driver wasn't hit. The fleeing vehicle left the roadway again and struck wire on a telephone pole, then rolled over.

The suspect, a 26-year-old man with felony warrants, fled on foot and was caught by a K-9 team.

He was taken to an area hospital to be treated for a minor dog bite. He'll be booked into the Pierce County Jail.

The deputy, who will be placed on administrative leave pending the investigation, was not injured.

Military Road South east of Pacific Avenue South is shut down for the investigation.