Deputies: Woman attempted to kidnap 2-year-old in SeaTac, knocked down his pregnant mother

King County Sheriff’s detectives are asking for the public's help in identifying a woman wanted for the alleged attempted kidnapping of a two-year-old boy and assault on his pregnant mother.

The Sheriff's Office says she was identified thanks to anonymous tips from Q13 FOX news viewers to Crime Stoppers of Puget Sound.

In court today, the judge found that there was probable cause to hold the suspect while King County Prosecutors determine what charges will be filed. She is being held on investigation of Kidnapping.

Citing the danger to the community and seriousness of the allegations, the judge set bail at $150,000. Her defense attorney argued that the suspect has no means to make bail and says she has no felony criminal convictions.

Per our policy,  Q13 News does not name suspects until they are formally charged with a crime.

She is Washington’s Most Wanted Capture #1224 thanks to tips from our viewers to Crime Stoppers.

King County Sheriff’s detectives are asking for the public's help in identifying a woman wanted for the alleged attempted kidnapping of a two-year-old boy and assault on his pregnant mother.

Deputies say the child and his mother were walking at Angle Lake Park in SeaTac on Tuesday when the woman tried to grab the boy, who was holding his mother's hand as they walked.

She then tried to run away with the boy after throwing his mother to the ground by her hair. The boy's mother is seven months pregnant.

Good Samaritans rescued the boy and reunited him with his mother.  The suspect left the park and then boarded a Metro bus.

The boy was not hurt and his mother was taken to the hospital as a precaution. 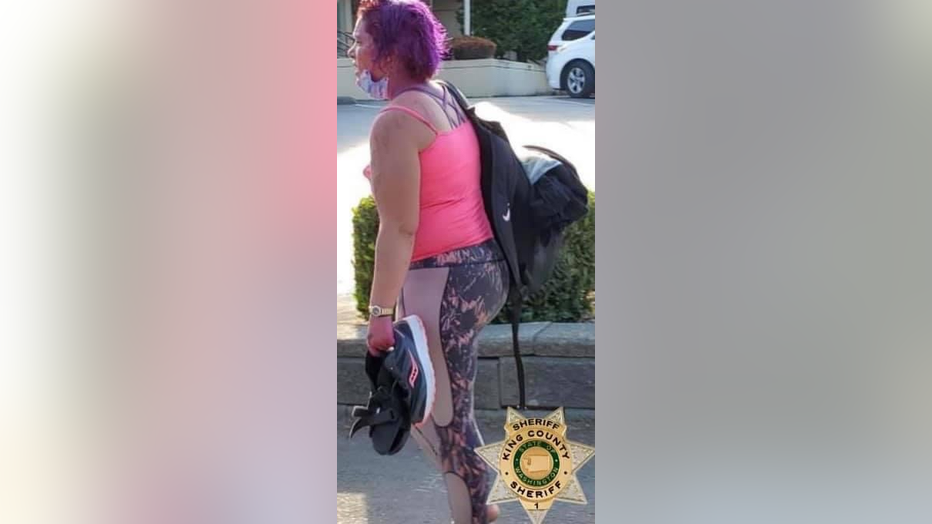 You can also submit tips to Crime Stoppers of Puget Sound at P3Tips.com or using the P3Tips app on your cell phone.  You can also call 1-800-222-8477. It’s anonymous and a cash reward of up to $1,000 will be paid for the tip that leads to her arrest.