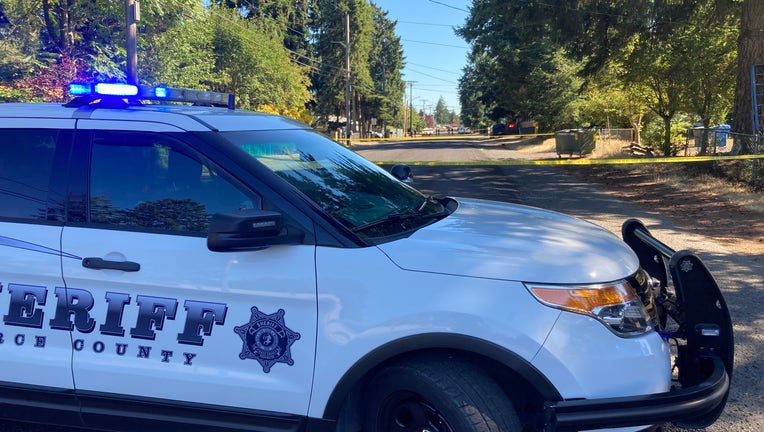 SOUTH HILL, Wash - The Pierce County Sheriff's Department has taken a suspect into custody after he allegedly broke into a Puyallup home and barricaded himself inside.

Deputies were called to a home in the 9200 block of 118th Street E. in the South Hill neighborhood for a person that had broken in and refused to come out.

The suspect did not come out when deputies tried to negotiate with him, so the SWAT team was called in.

Around 6:30 p.m., the suspect was taken into custody after SWAT team members were able to communicate with him and convinced him to surrender.

No one was injured, deputies said.

The suspect also had warrants for his arrest for second-degree assault and burglary from a separate incident.