WOODINVILLE, Wash. -- The King County Sheriff's Office is looking for a woman who they say has taken package theft to a whole other level. They say a porch pirate that has been targeting Woodinville is disguising herself as an Amazon delivery driver.

Dottie Shaw couldn't make sense of where her Amazon package had gone Saturday morning. She checked a camera outside her home, and was puzzled to say the least. 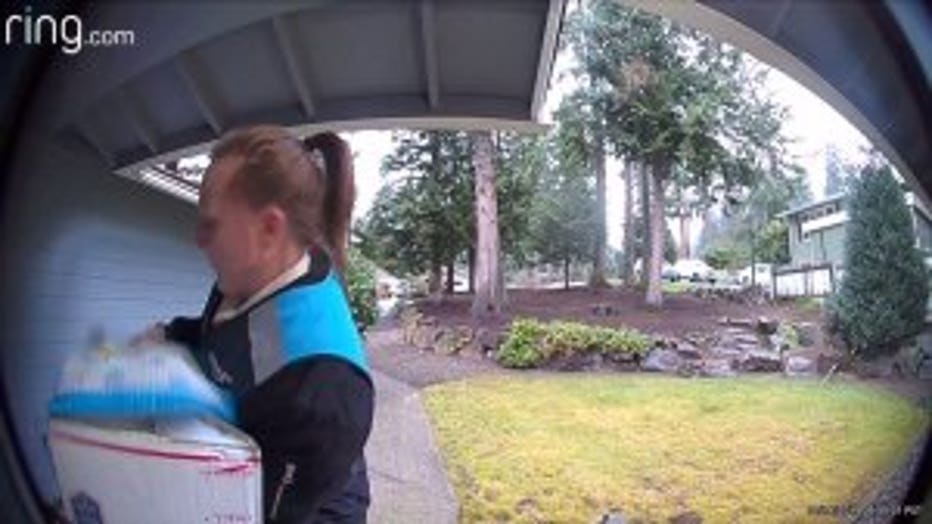 In the video, you can see the suspect in an Amazon vest walk up to the door holding a package. She kneels down and puts the package on top of a package that's already there, grabs a second package that was already at the door and walks off.

"It is kind of a good scam because it looks like she's delivering something," Shaw said.

The King County Sheriff's Office said they've located another victim from Saturday morning who lives just down the block from Shaw. In this case, the suspect walked off with a couple hundred dollars worth of shoes that were not from Amazon.

Shaw says neighbors have also recently had packages stolen, leaving them to wonder how often this suspect has struck. She says she and her neighbors have learned their lesson and won't get home deliveries anymore.