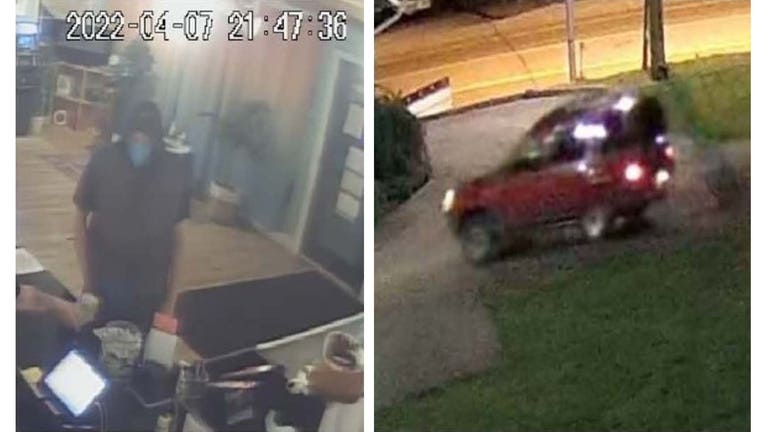 According to the Mason County Sheriff’s Office, a man robbed the Ganja Vita cannabis shop just before closing time on April 7, around 9:46 p.m.

Authorities say he first walked in around 9:26 p.m. and asked the employee what time they closed.

He reportedly came back 20 minutes later with a gun in his waistband, and demanded money from the cash register. He then drove off in a red mid-size SUV, heading north on Highway 3.

Deputies describe the suspect as a white man, around 5’9" and 190 lbs. He was seen wearing a dark beanie, dark hoodie, puffy black vest with "Ecko Unltd" in white lettering on the back. The suspect also wore a black gaiter face covering when he first walked in, then a blue surgical mask when he returned to rob the shop.

The cluster of budget hotels in South Tacoma near where a woman was gunned down early Tuesday morning has become an outsized crime magnet for the city, according to data reviewed by FOX 13 News.