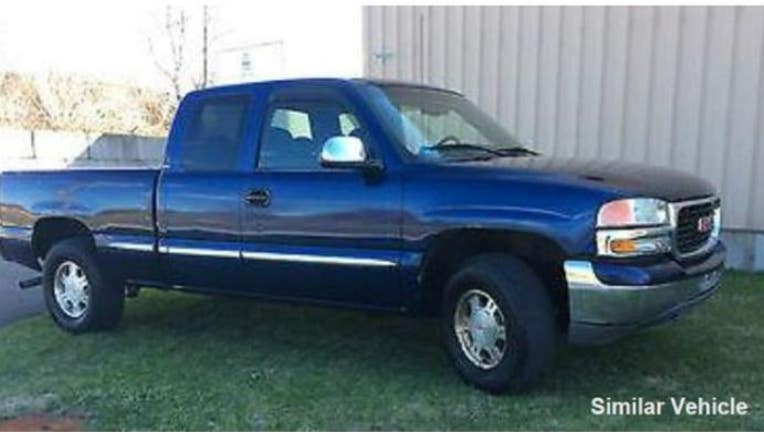 Suspect vehicle is similar to the one above (Photo: King County Sheriff's Office)

KING COUNTY, Wash. - Deputies are asking the public for help in finding a hit-and-run suspect who hit two people in SeaTac last week.

Authorities say the suspect vehicle that fled the scene was described as a dark blue or green 199-2006 GMC truck. Additionally, there is likely damage to the side mirror and front turn signal.

The KCSO says the license plate may start with "C80" or something similar.