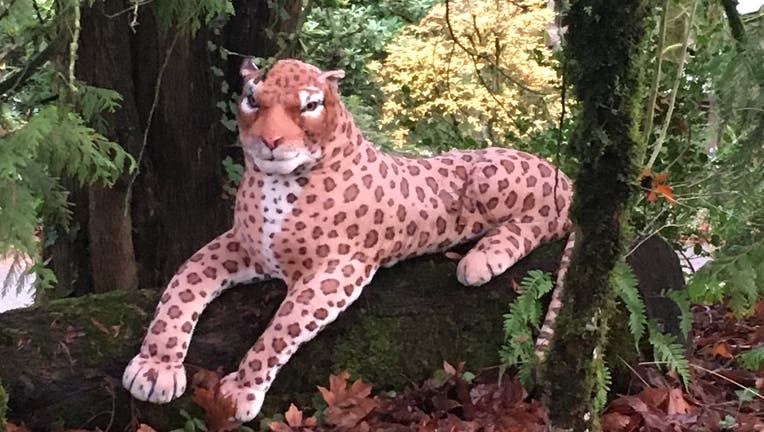 PORTLAND, Ore. - Multnomah County deputies are poking fun at themselves after responding to a prank call of a sighted cheetah that turned out to be a stuffed animal.

They posted about the encounter on their Facebook page.

According to the post, deputies received a call from a person "seeing a big cat with spots in an elevated position off the road in the Green Hills neighborhood." The caller explained the animal looked like a cheetah but wasn’t aggressive.

The responding deputy used his sense-of-humor to describe what he did once he arrived.

"I used my ninja-like skills to sneak up on the beast," the deputy said. "Of course, it sat there dumbfounded that I was able to get so close for a couple of photos. Turns out it was a stuffed animal!"

"Big cats are not uncommon in this area," the Sheriff’s Office wrote in a post. "But a possible cheetah, this was new for us."

The office put aside humor to remind people it’s okay to report a serious concern or a neighborhood threat.

"We encourage all of you to report crimes or anything that you may find is out of the ordinary or suspicious, we are here to serve you and will always risk our lives for the community’s safety," the post read.