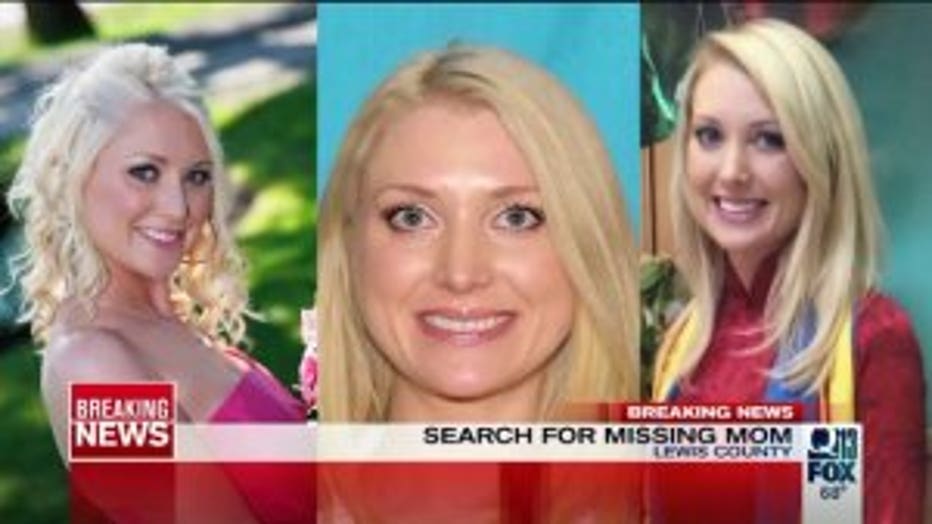 CHEHALIS, Wash. -- The search for a missing 33-year-old mother of three continued in Lewis County Tuesday, with sheriff's deputies hoping the public can shed some light on the missing woman's whereabouts.

Elizabeth Pham's car was found unlocked with the keys inside Saturday night on southbound I-5 near Toledo.

Her family fears she may be suffering from postpartum depression. Individuals who spotted Pham last said she exhibited "unusual and confused" behaviors, sheriff's deputies said.

Lewis County sheriff's deputies released an updated timeline of Pham's last known locations Tuesday. Investigators believe Pham left her vehicle on I-5 Saturday morning, then walked to GeeCees Truck Stop where she attempted to get a ride with a truck driver who was heading to Redding, Calif. An employee of GeeCees stopped her from getting into the truck, deputies said, and called a taxi for her.

Once the taxi arrived, Pham reportedly asked the driver to take her to Olympia. On their way, the taxi driver stopped at her abandoned vehicle to allow her to obtain a few personal items.

The taxi driver dropped her off at Exit 59 north of Castle Rock, and Pham reportedly went into a Shell station but didn't buy anything. She also reportedly walked into Beasley's restaurant, where she placed an order.

Witnesses told sheriff's deputies that a woman matching Pham's description was seen sitting under the overpass at exit 59 later Saturday, staring into the Cowlitz River. That was the last time witnesses reported spotting her.

On Sunday, a makeup bag identified as Elizabeth's turned up in Castle Rock after a fisherman located it downriver from where she was last seen. Detectives are trying to determine how the makeup bag ended up where it was found.

Investigators are still reviewing surveillance camera footage in hopes of locating her.

"Elizabeth may have gotten a ride out of the area," Lewis county Chief Deputy Bruce Kimsey said. "We just don't know at this time. Detectives will be obtaining and reviewing video surveillance from businesses near the areas she was reported to be and will be coordinating a search of the river and riverbanks as well."

John Pham, her husband, says his wife has never acted like this in their 15 years of marriage. Now, he just hopes she can be found soon.

Anyone who has seen Pham or has any information as to her location is encouraged to call 360-748-9286,