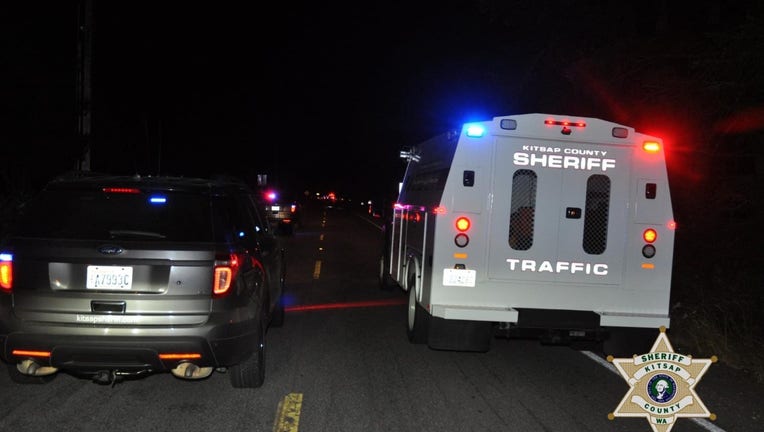 POULSBO, Wash. - Kitsap County deputies are searching for a suspect involved in a hit-and-run after a man was found dead on a roadway Monday night.

Deputies responded to the 15000 block of Clear Creek Road NW, near NW Orweiler Road, around 10:45 p.m. for a report of a body found in the roadway there. Deputies were able to determine that the person was the victim of a hit-and-run.

The victim, a 36-year-old man, appeared to have been struck by a vehicle that was traveling northbound on Clear Creek Road, towards Poulsbo.

Investigators from the KCSO Traffic Investigation Unit contacted witnesses that reported seeing a dark-colored sedan speeding away northbound and located evidence on scene that indicates the suspect vehicle may be a 2007-2012 Nissan Sentra.

Anyone who may have information the crash or suspect vehicle is asked to call either Deputy Aimee Rogers or Deputy Rob Corn at 360-337-4634.