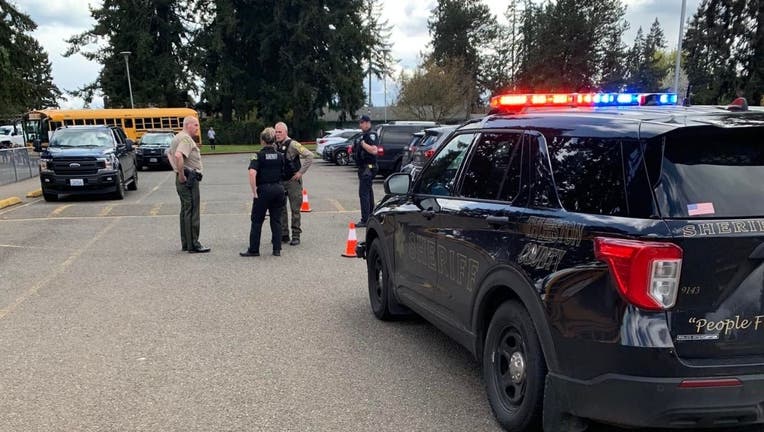 LACEY, Wash. - Thurston County Sheriff's deputies have arrested a 25-year-old man who tried to carjack someone at gunpoint at Olympic View Elementary in Lacey.

According to the sheriff's office, deputies started chasing a suspect accused of robbing Buddie's Grocery & Deli in Olympia Friday afternoon. They chased suspect, who ended up crashing their vehicle near Olympic View Elementary.

The suspect got out and fired shots from a semi-automatic pistol while attempting to carjack a vehicle in the school's parking lot.

It's unclear if anyone was injured.

The suspect made off with a gray Toyota Tundra with WA plate C98976Y on nearby Horne Street NE.

Deputies chased the stolen truck into Pierce County before losing sight of it.

Officers were able to locate the suspect hours later in the 9600 block of A. Street. The weapon believed to be associated with the Buddie's Grocery robbery and assaults was recovered nearby, according to police.

Buddie's grocery was robbed at gunpoint last month. It's unclear if the incidents or suspects are connected.