KING COUNTY - We all know how hard firefighters work in the community. That's just one more reason why the King County Sheriff's Office wants to catch someone who broke into a firefighter's truck and then went on a shopping spree.

Sheriff's officials are trying to identify the man pictured below. 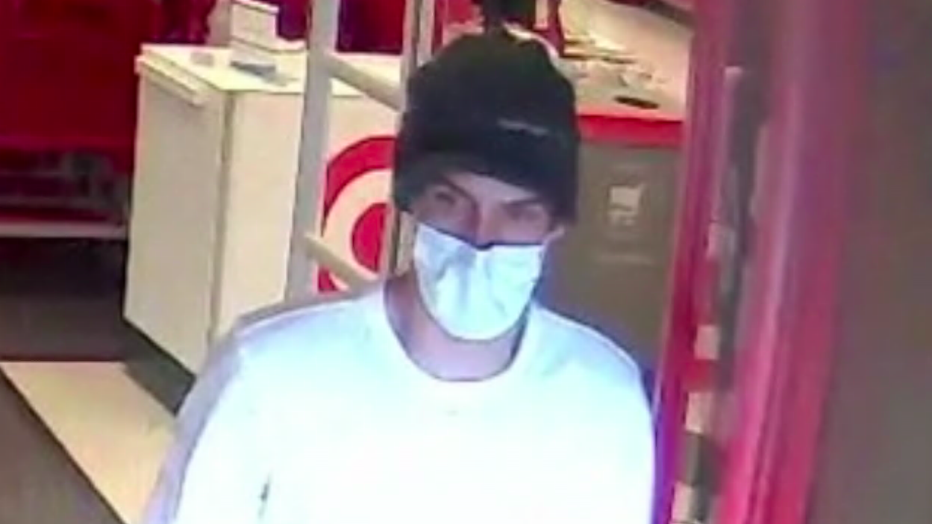 During the overnight hours from June 3 into June 4, it's believed he stole a firefighter's uniform, badge and even a family bible from the victim's truck, which was parked in the Renton Highlands area.

Deputies say he also got a hold of a wallet and some credit cards, then went to the Target at Factoria Mall in Bellevue and racked up more than $500 in charges.

He even had the nerve to try making another purchase of more than $400 but thankfully that charge was declined.

"These vehicle prowls are a plague on our community. No one goes untouched by them," Sgt. Tim Meyer with the King County Sheriff's Office says. "We leave items in our car believing that they're safe."

The suspect is believed to be in his mid-to-late 20s, with a slender build and unique tennis shoes that appear to have an orange or red toe.

If you can ID him or have any information leading to this arrest, you could be eligible for a cash reward of up to $1,000 from Crime Stoppers of Puget Sound. You can submit an anonymous tip by calling 1-800-222-TIPS or by downloading the P3 tips app to your smartphone.