Detectives with the Kitsap County Sheriff's Office have identified a third suspect wanted in connection to the death of 19-year-old Tyrone Sero in Port Orchard. A felony warrant has been issued for the arrest of 18-year-old Eli Gregory for first-degree murder.

PORT ORCHARD, Wash. - Detectives with the Kitsap County Sheriff's Office have identified a third suspect wanted in connection to the death of 19-year-old Tyrone Sero in Port Orchard.

A felony warrant has been issued for the arrest of 18-year-old Eli Gregory for first-degree murder.

Gregory, along with 19-year-old Kannon Stephens and 20-year-old Karlen Talent, were named as suspects during Sero's murder investigation.

Investigators said the surveillance video from an AM/PM in Port Orchard shows Sero getting into the front passenger seat of a silver Toyota 4-Runner and was immediately pulled into the back seat. Stephens, Talent, and Gregory were in the SUV. Court documents said he was kidnapped and shot dead almost instantly after getting into the vehicle.

From there, the three suspects drove to an undeveloped piece of property in Mason County near Matlock. Courts documents said the suspects burned Sero’s body at that site for several hours and then left.

Stephens told investigators he went back to the burn site the next day by himself and put what was left of Sero’s remains into three separate bags. The suspect dumped two of the bags in a nearby river and kept the third bag containing Sero’s bones.

Investigators said Stephens agreed to show them where he disposed of the remains in the river, as well as Sero’s clothes and a gun he was accused of having. Stephens also told detectives the bag containing Sero’s bones was in the trunk of his car. Investigators also said they found the suspected silver 4-Runner used during the kidnapping parked at a grocery store in Gig Harbor with blood inside.

Gregory did not pull the trigger, but he is still facing charges of first-degree murder.

Human remains were discovered on Oct. 23 and were turned over to the medical examiner's office for identification. Detectives believe the remains are connected to the murder investigation.

Investigators said Stephens turned himself into the Kitsap County Sheriff’s Office on Oct. 21 with his attorney present and confessed to killing Sero. Detectives also found, questioned, and arrested Talent later that night at a store in Port Orchard.

However, Gregory is still on the loose.

Gregory is described as a white man, who is 6'05" and weighs 150 pounds. He has brown hair and brown eyes and can typically be found in rural South Kitsap or Key Peninsula areas. 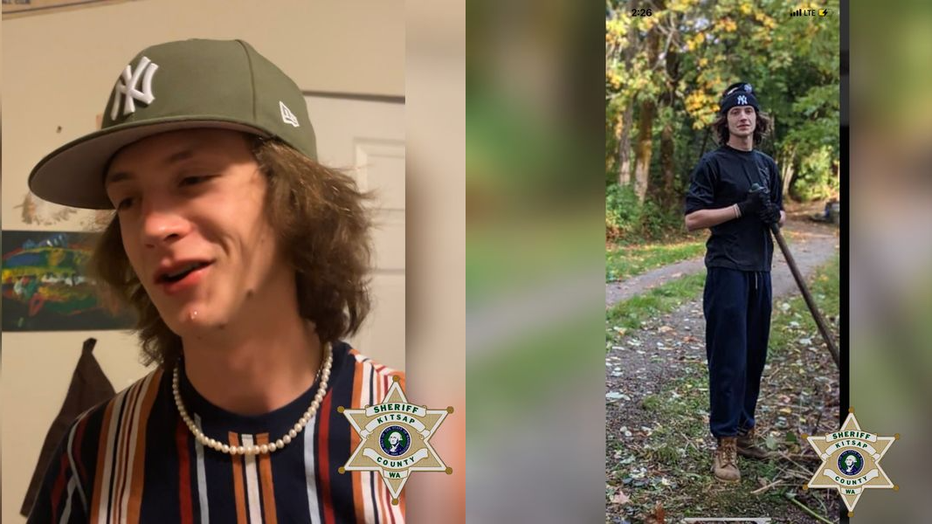 Bail has been set at $1 million.

Gregory is considered armed and dangerous.

You can also submit an anonymous tip to Crime Stoppers of Puget Sound by calling 1-800-222-TIPS or text the info through the P3 Tips App on your cell phone or at www.P3tips.com.  A $1,000 reward is offered for information leading to his arrest.